Hi everyone….. This is Kristi. Back for another blog entry! I promised you helpful tips, like venue suggestions, outfit selection and session how-to’s but you’ll have to wait for next time! This blog entry isn’t about that at all… just a timely story and a little piece of advice for all the brides out there planning their special day!

I have been married to Andy Webb for almost twelve years now. (Wow. That sounds so long!) He proposed on one knee under the mistletoe toe on Christmas morning.  By the next day, I had bought every bride/wedding magazine that I could get my hands on. To say that I enjoyed the time I spent planning my wedding is an understatement. I know some people don’t like the stress, but I loved it. I loved every single minute of it!

During our engagement, my husband of course was happy to let me bask in all my detail glory! Through it all, he really had only one request. He wanted to be married in October, his favorite time of year. Specifically, October 16. The three-year anniversary of our first date fell on Sunday, October 17, so he thought it would be perfect to have our wedding that weekend. I remember the conversation vividly:

Me:    “I’m a little worried because it is hurricane season.”

Him:   “It is really late in the hurricane season, Kris”

Him:     And just to set the tone for you a bit, he spoke this next sentence very slowly, as if to make me realize that my concerns were completely without warrant. “Kris, I can guarantee that a hurricane will not hit Florida on Saturday, October 16.”

So I guess he had a point. It was late in the hurricane season and the chances of a hurricane hitting Florida that exact day were probably not so good. So, agreed. October 16 it was.

For the next nine months, I planned the biggest party we would ever host. With more than 200 people invited, I had thought about every detail and I knew exactly how I wanted the day to go. It was a “beach” wedding with sea oats on the tables and white chocolate seashells as the favors. I would wear the gorgeous white gown and we would dance to “You Are So Beautiful to Me” because that was our song. (Side note… it was very romantic.) We had a ton of family flying in and everything was going to be absolutely perfect!

My brother and sister-in-law hosted the most fabulous rehearsal dinner ever. A tropical luau with our leis actually flown in from Hawaii. Somewhere in between the tropical feast and flowing Mai Tais, wouldn’t you know that Hurricane Irene (yes, ironic isn’t it?) who had been forecast to skirt the keys and stay in the Atlantic took an unexpected turn north and was making her way straight up Florida. Our tropical rehearsal dinner quickly became a typical Florida hurricane party and we probably all stayed bit later than we should have!

That Irene was a smaller hurricane, but she caused a lot of damage. In fact, our brother-in-law still loves the idea that he rode out the storm as an entire wall of windows were blown out of his hotel, a sign fell on his rental car, and all electricity was lost.

The next morning, post Irene, our reception venue called to say that the dance floor was completely flooded and there was absolutely no way they could host our reception. My stomach sank. It was my wedding day and in that moment everything I had planned and everything that I had hoped for seemed out of reach.

So I, being the bride, was allowed a few very solid minutes of tears and slight panic attack, but then we needed a plan B. Of course, we had no electricity so armed with just a few cell phones, we contacted every vendor involved to see if they would be available the very next day. It was probably more work than I’ll ever know for many of them, but they all happily agreed. Looking back, I’m sure they felt sorry for me, as every time I actually said it out loud, “We have to cancel the wedding,” my voice would break and the tears would slowly start again! Regardless, once they had all agreed that October 17 would work we called each of our 200 guests and asked them to join us same time, same place the very next day!

On Sunday, October 17, the three-year anniversary of our very first date, we woke up to dry air, blue skies, perfect waves… It was the ultimate October day. It was our perfect wedding day.

And so this past weekend, as I watched on the news the bride having to carry her wedding dress out of the hotel in tears, I just wish I could have called her up and told her that in twelve years when she remembers her wedding day, her memory won’t be that they had to cancel it. Her memories will be the same as any other bride…. the look on her groom’s face as she walks down the aisle, the happiness that she feels as she says “I do” and the love that surrounds them on their very special day. (Even if it wasn’t exactly as planned.) 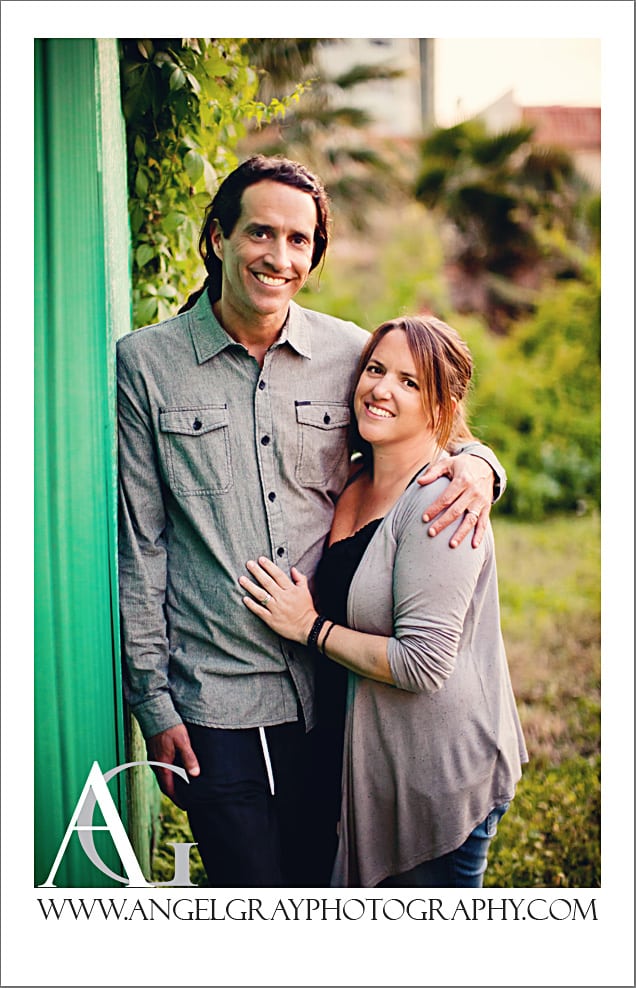