Okay so first of all, I haven’t posted to my blog in several months! That is the longest stretch ever since I’ve had a blog which I think is over TEN years! I have a good excuse though. My website was destroyed by malware (this was all my fault for not running updates), then it took quite a bit of time to rebuild, then I was out of my habit! I keep telling myself I’m going to catch up with all the shoots I’ve missed posting (because I’m crazy like that and can’t bring myself to skip them and just start with what’s current). But the’ve all had previews posted to Facebook so I’ve got some internal struggle going on. I’ll get back to blogging either way for sure, BUT FIRST, I wanted to share this little project I’ve been saying I’d accomplish for at least five years (now I REALLY sound like a procrastinator.) I have another good excuse. I had to wait until my kids were bigger and I had a shred of time in the day for these things!

I bought this mid century table on Craigslist five years ago and it was in perfect condition except that the chairs had ugly covers and worn out cushions. Dana didn’t like how hard they were, but agreed to the purchase since I promised I’d recover them… (hee.) Then, after a few years of having this table as our dining room table (not the one we used all the time), we moved and decided it would become the main table. What happened next is everyone ruined the top of the table and my to-do list escalated! I put “dining room table project” on the summer bucket list this year and pinky promised myself this thing would get DONE!

Thankfully, I ran into the most knowledgeable person ever regarding refinished furniture, Terry Eldridge of Boho Cottage Designs. She came over and took a look at the table and helped me with a game plan. I had intended to refinish the top but since she looked at it and told me it had a veneer, we decided paint was the way to go. Terrie looked at my house and spent lots of time listening to me ramble on about how I want things to look, the changes I might make to interior colors, furniture, etc. She wanted to make sure that when the table was finished, it would fit well in the space. Next, she brought me samples of different finishes she suggested so I could imagine the final result. Then, she took it to her home studio and brought it back looking amazing!!! I set to work on the cushions once the table was home because I couldn’t stand to look at the old chairs next to the “new” table.

I’ve recovered chairs before but these things were a serious challenge. I’ve never actually stripped a seat and started over with new foam, etc. But, I really enjoyed the process and I’m so happy with the result! Dana is so happy too! He didn’t even mention once how long it took me to fulfill my promise (yes he did.) I’ll include a few pics of the chair process. The hardest part was actually prying the old staples out from the last TWO times someone recovered. There were approximately 4.2 billion staples in each seat, so I had to remove at least a bunch of them or else I wouldn’t have room for new staples and whoever did this previously had a way better staple gun than me because those suckers were SUNK in there GOOD.

I want to thank Terry from Boho Cottage from the BOTTOM OF HEART for saving me from the wretched table I hated looking at! I love looking at my table now! Terry gives classes in addition to refinishing furniture and I’m determined to get a group together for her kitchen cabinet class. I’ve been nervous about painting cabinets and having them LOOK like painted them. But I know that with her instruction, I could do it and have beautiful cabinets! Let me know if you want to sign up!

P.S. In true BEFORE AND AFTER fashion, the before images posted here will be taken with iphone, in poor lighting conditions with mess everywhere. 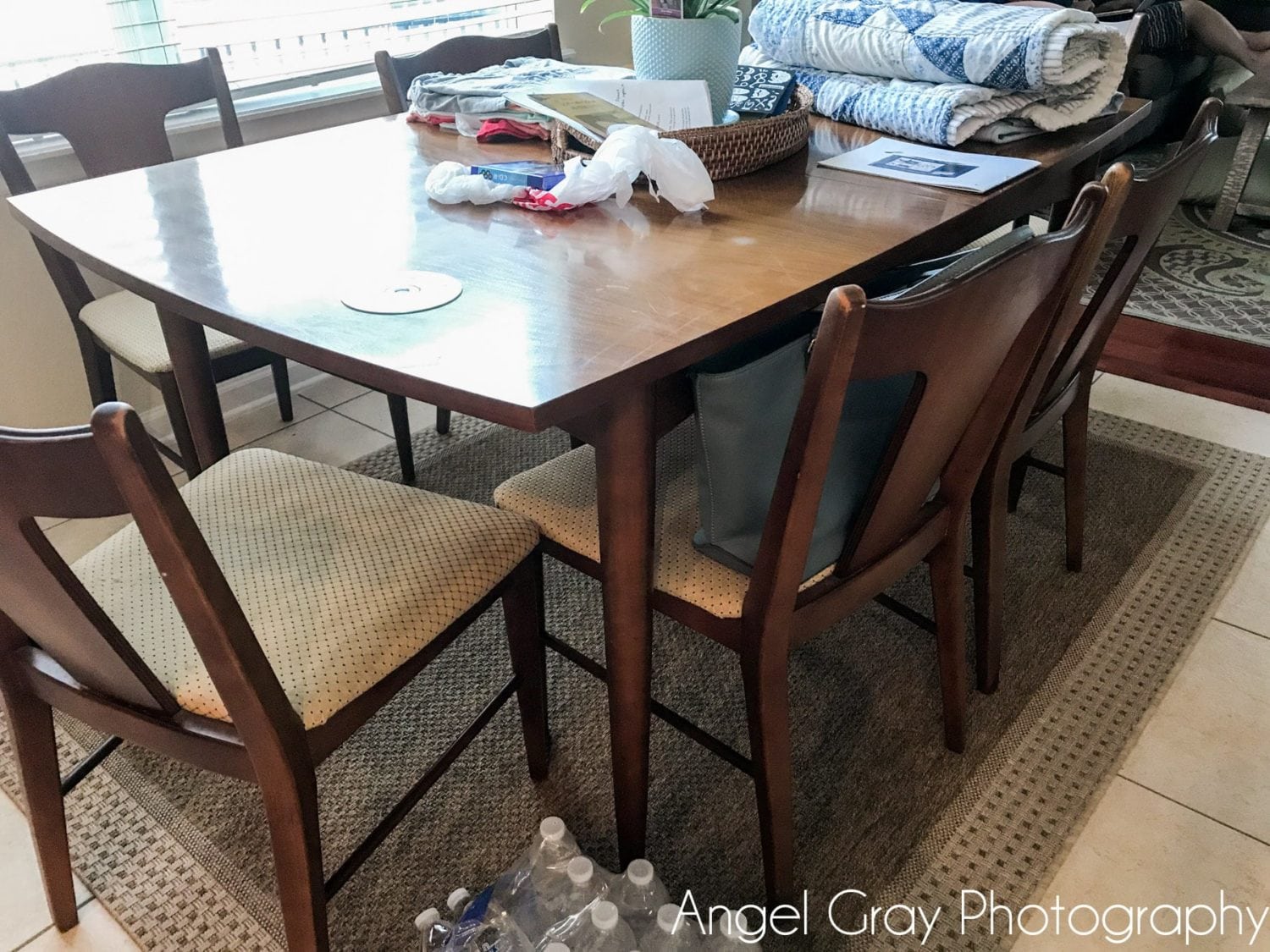 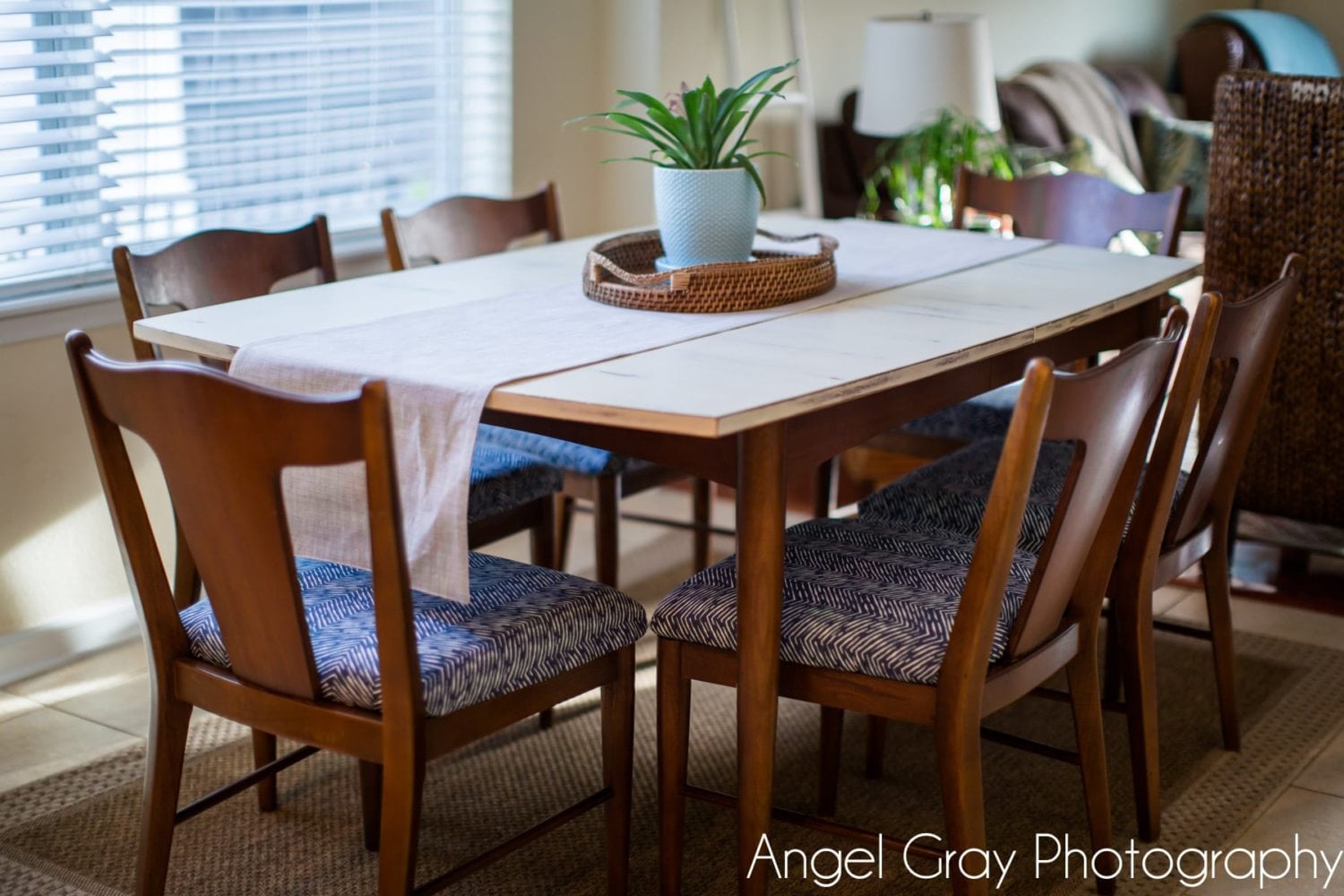 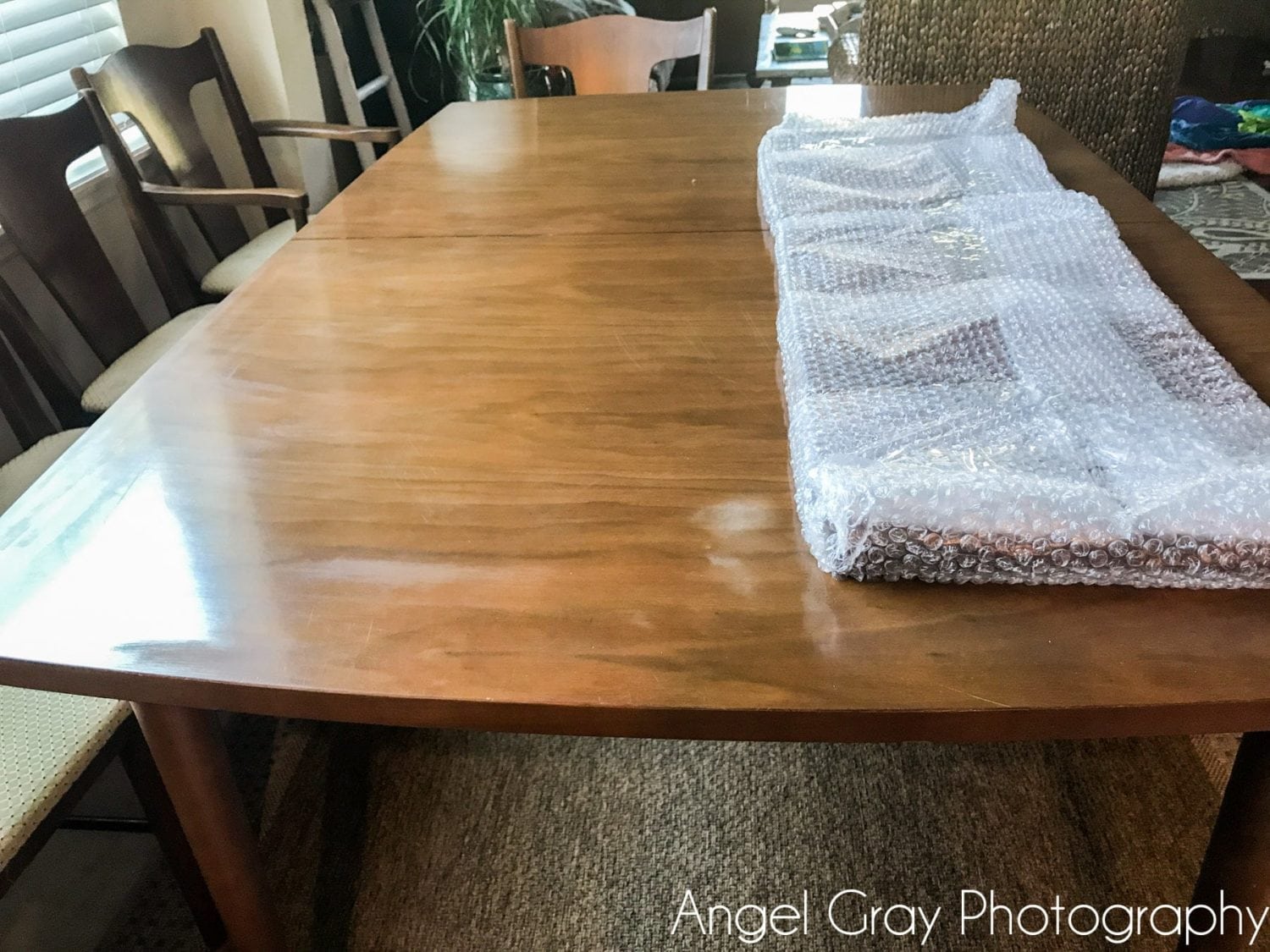 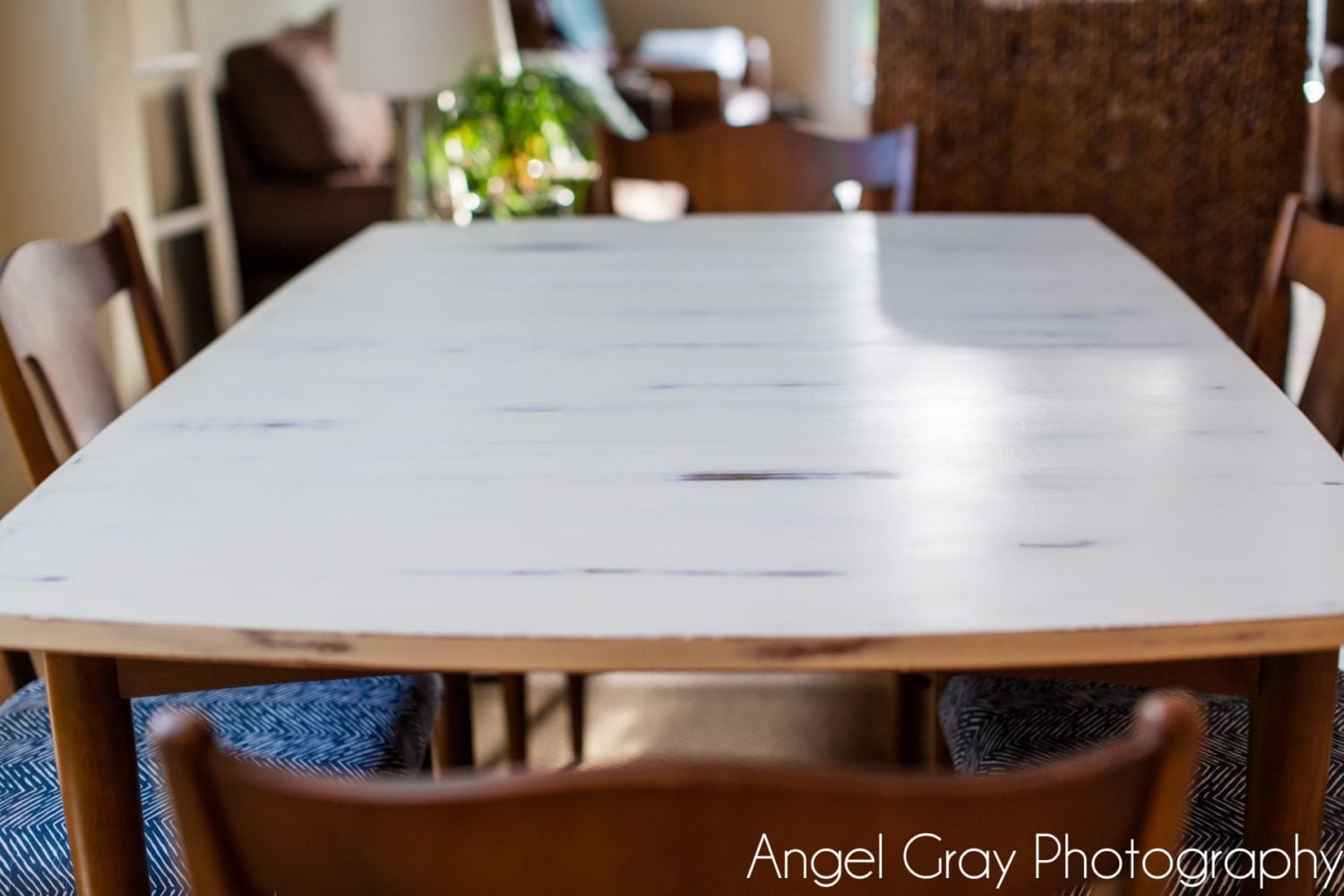 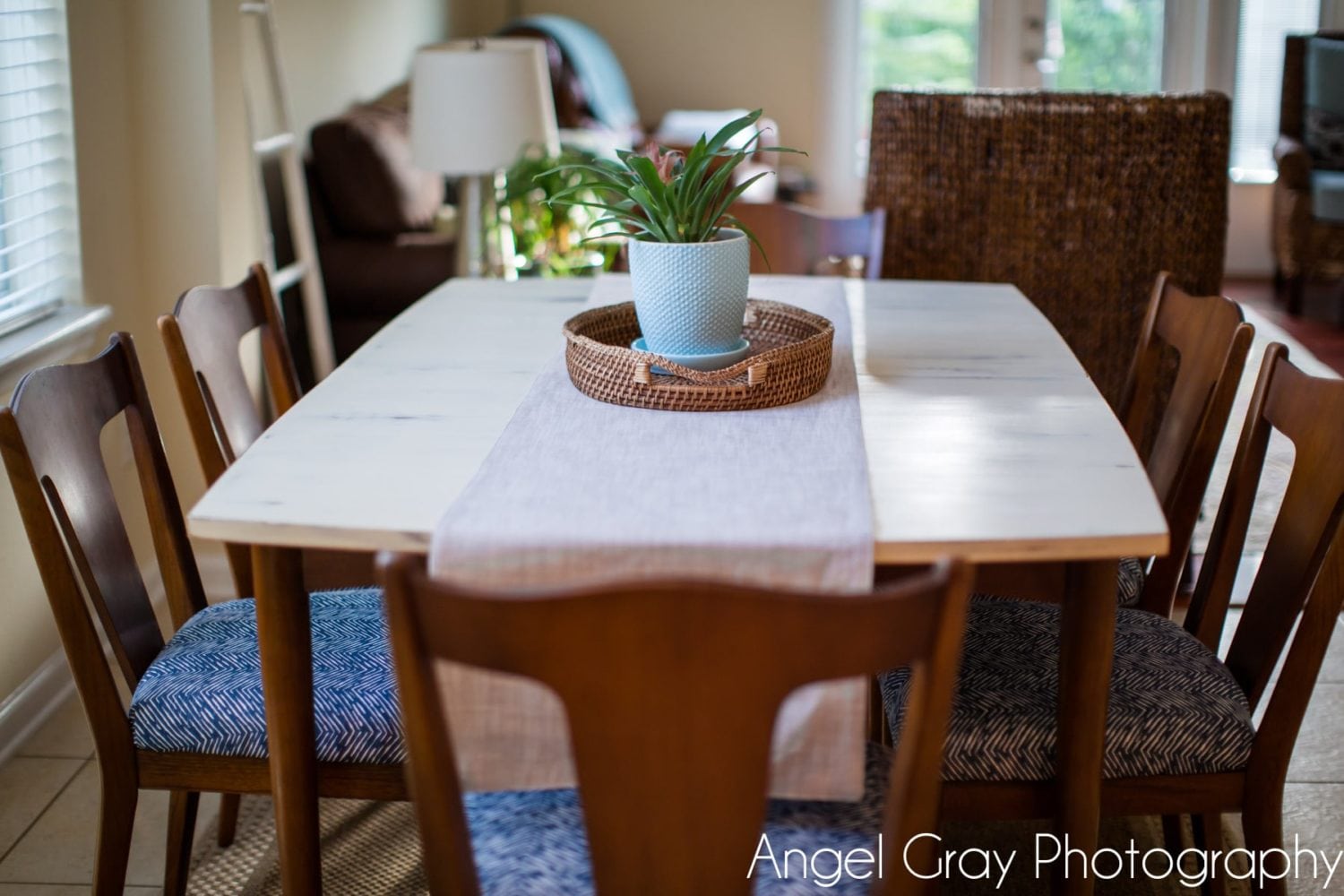 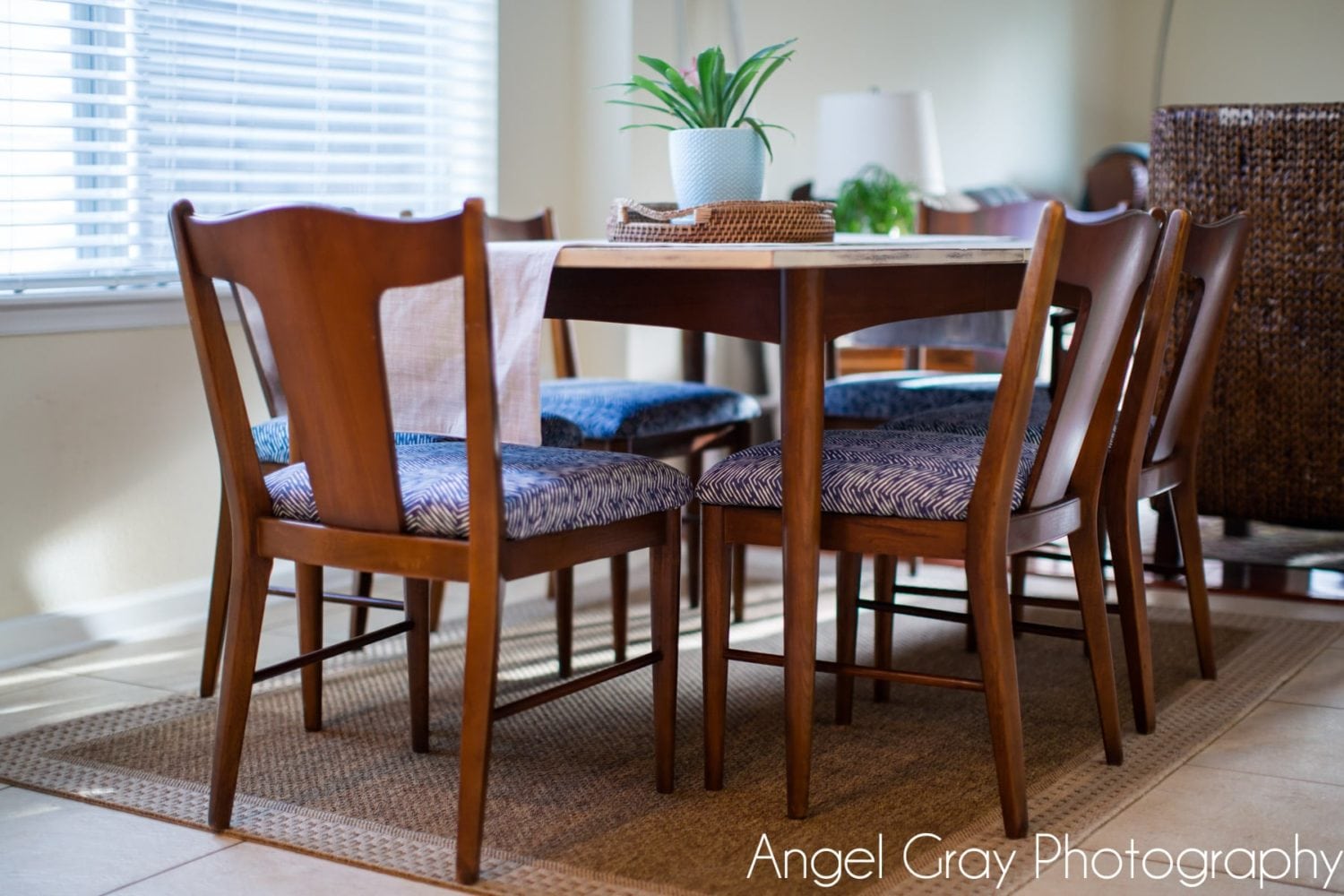 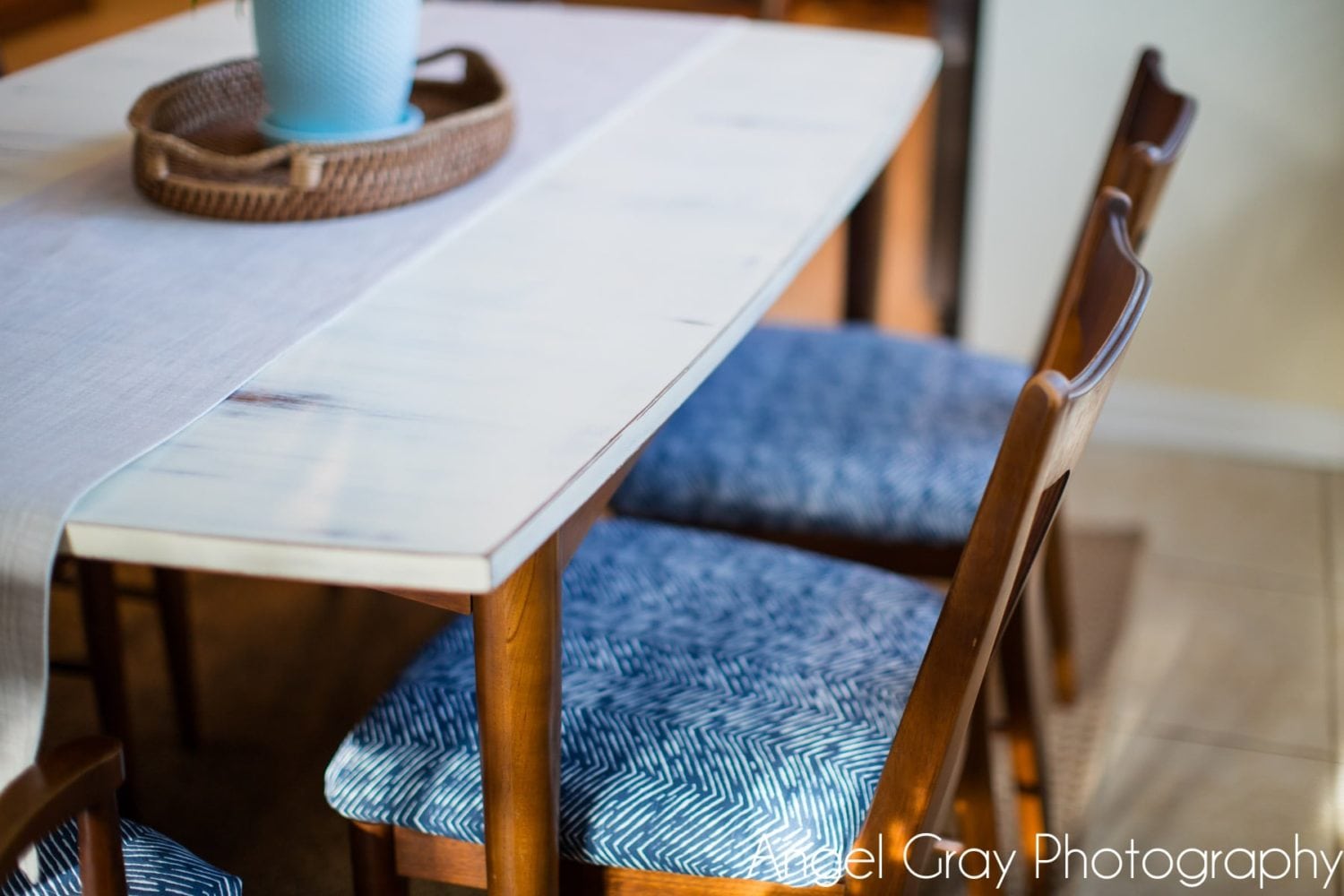 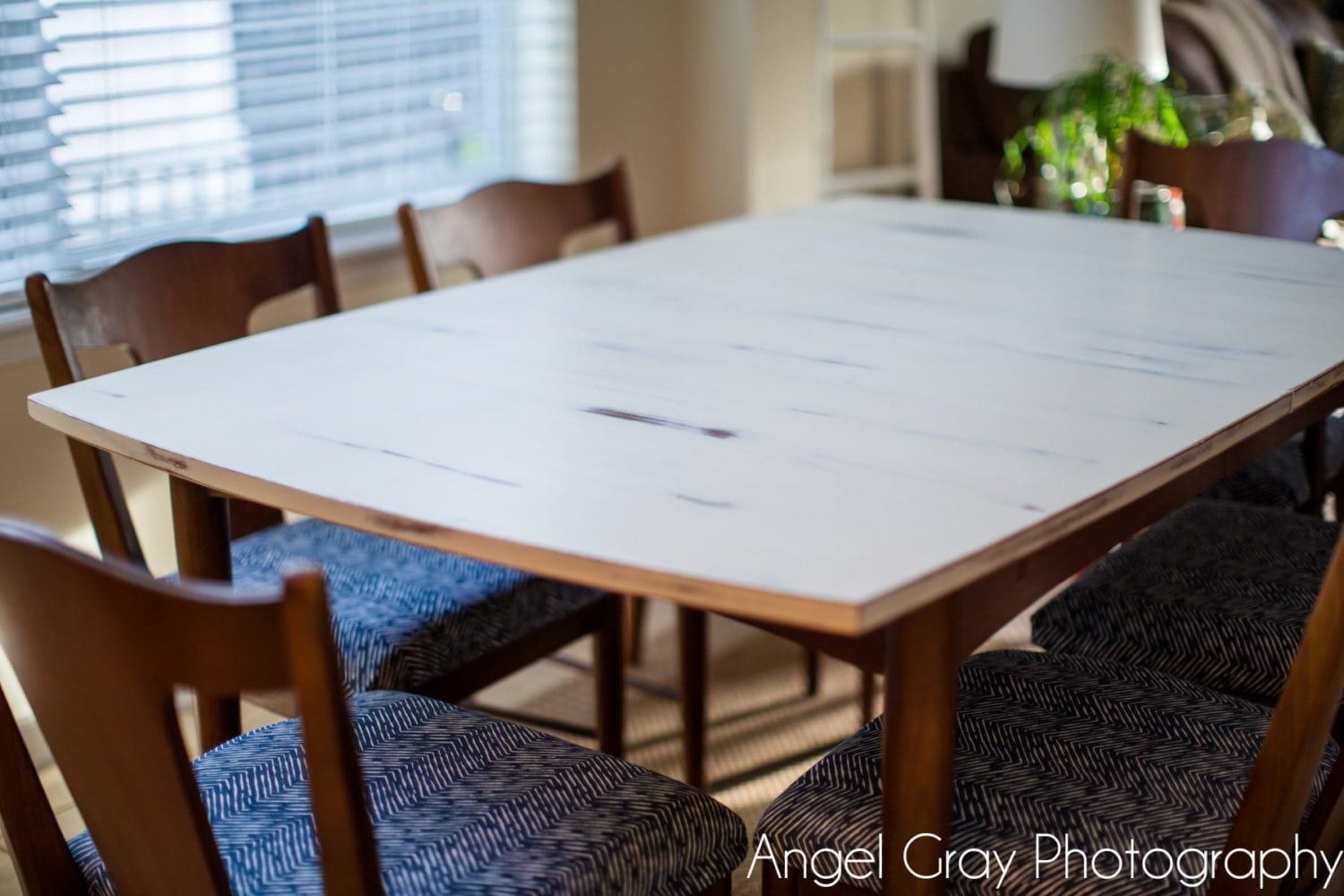 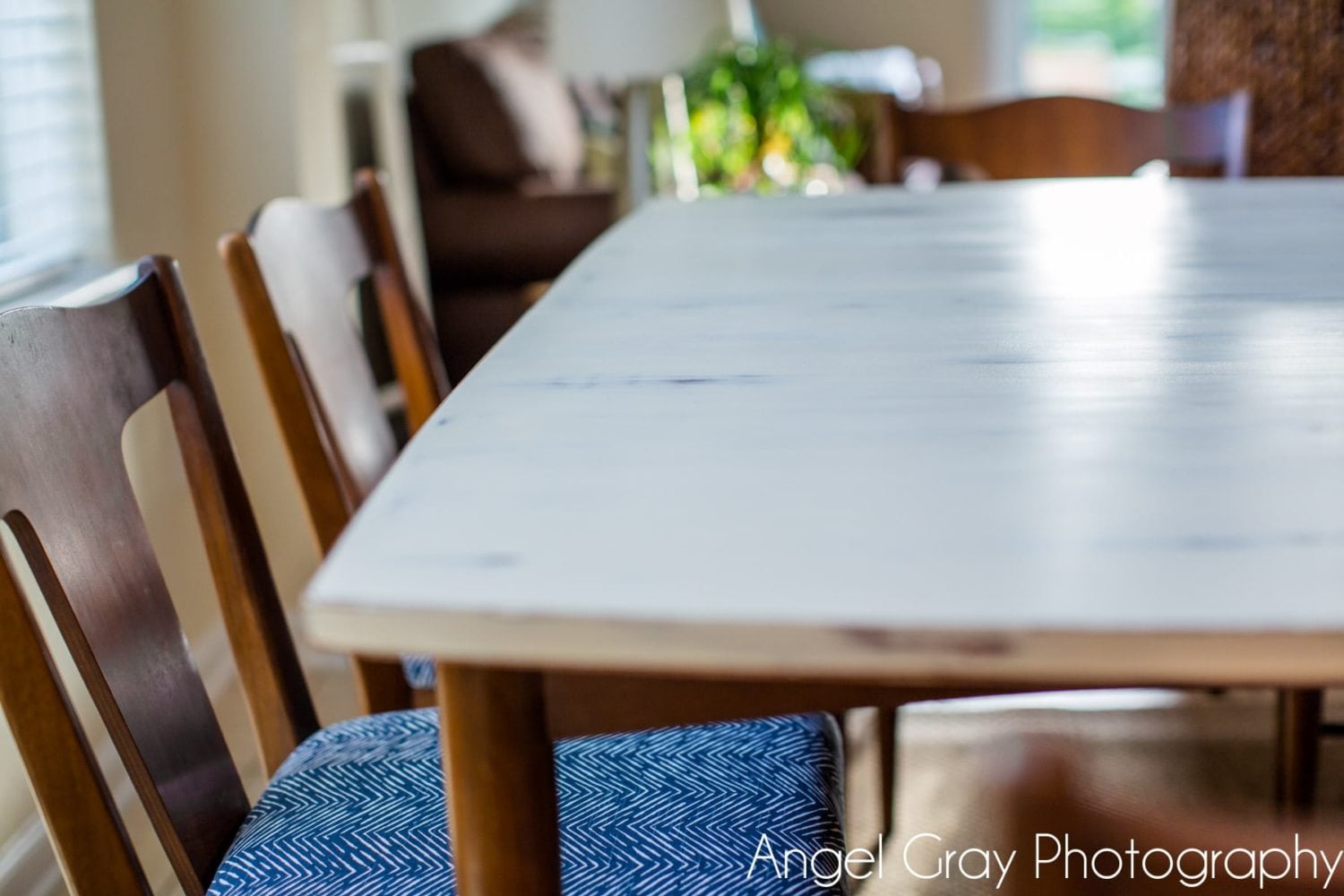 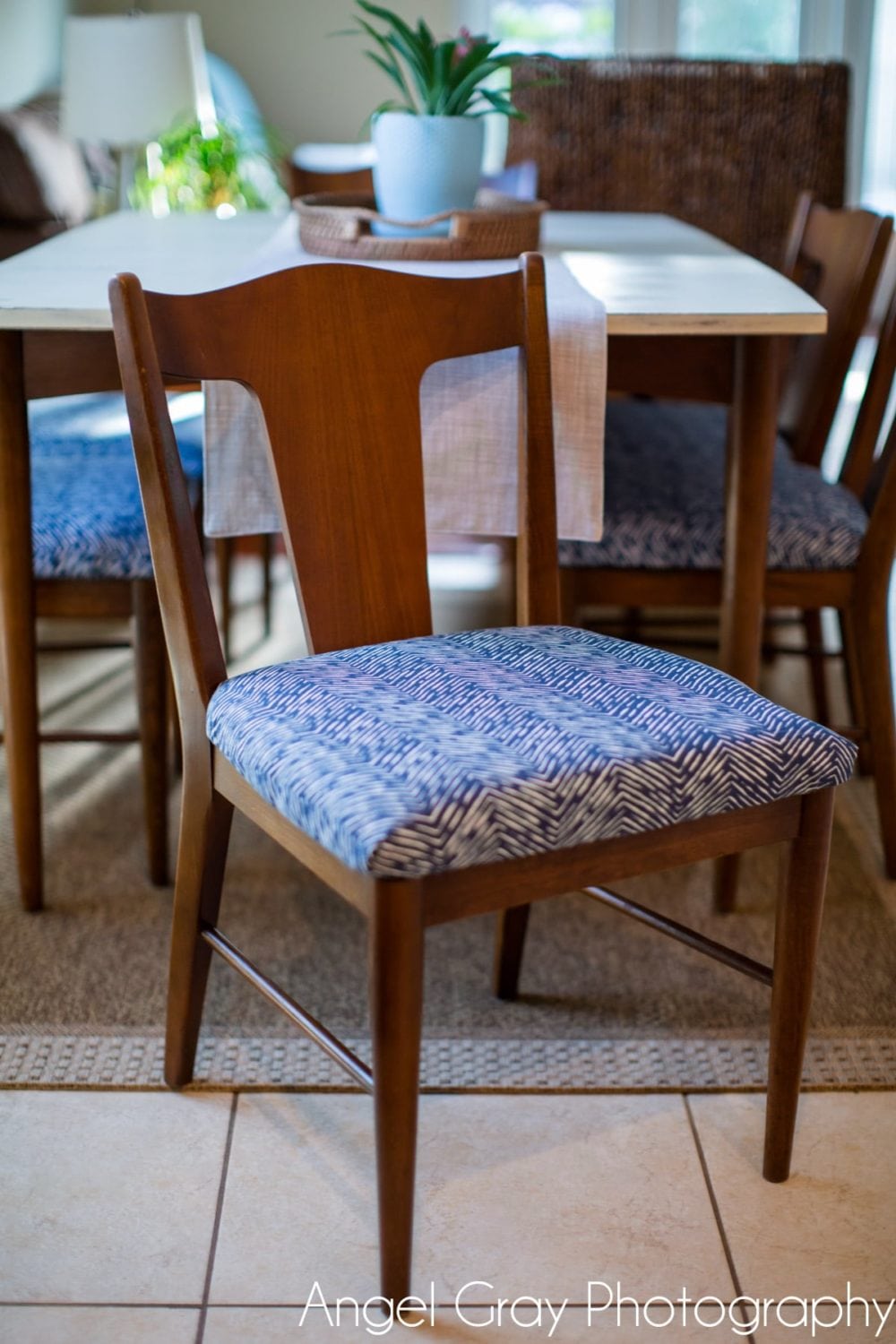 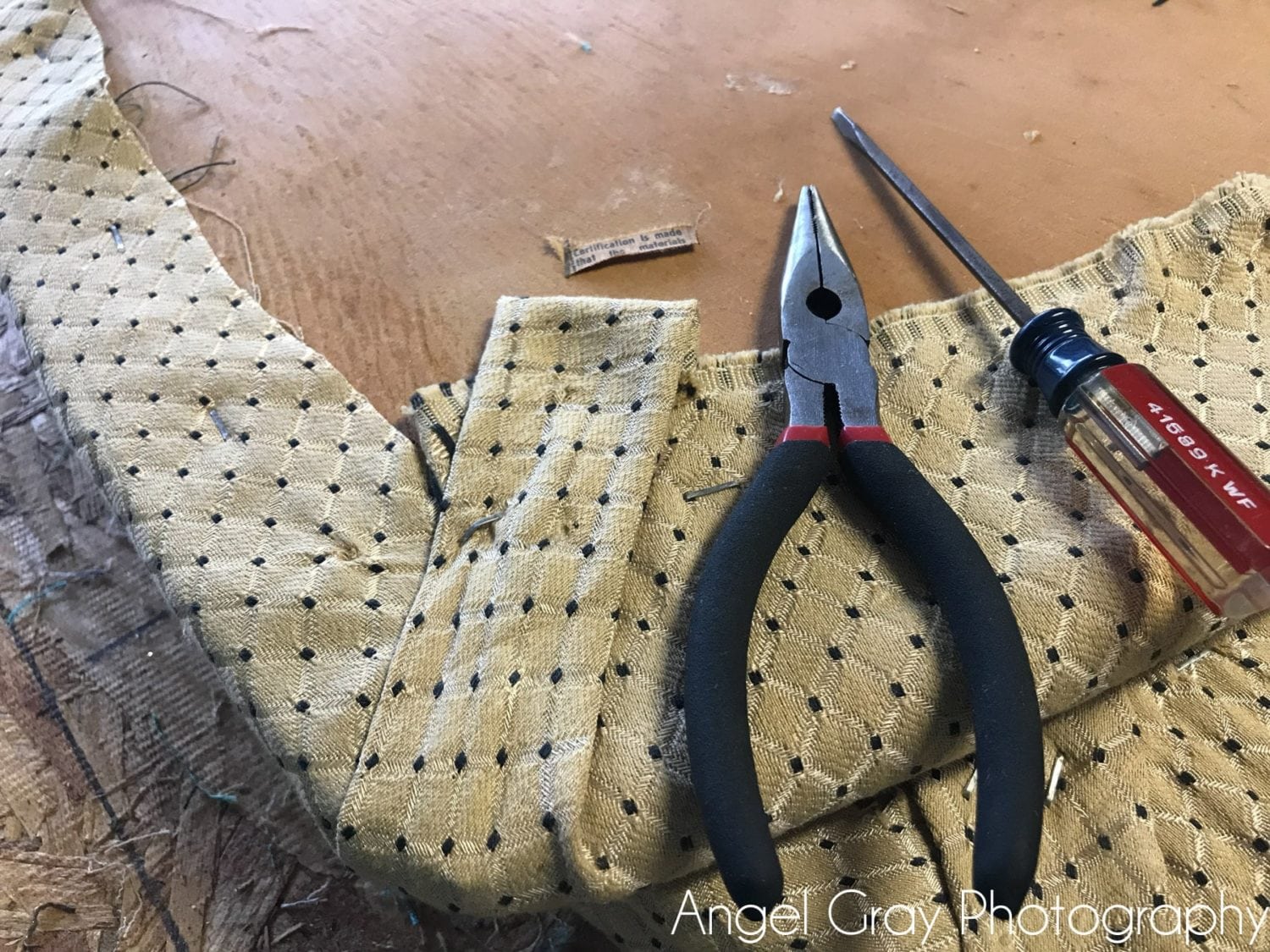 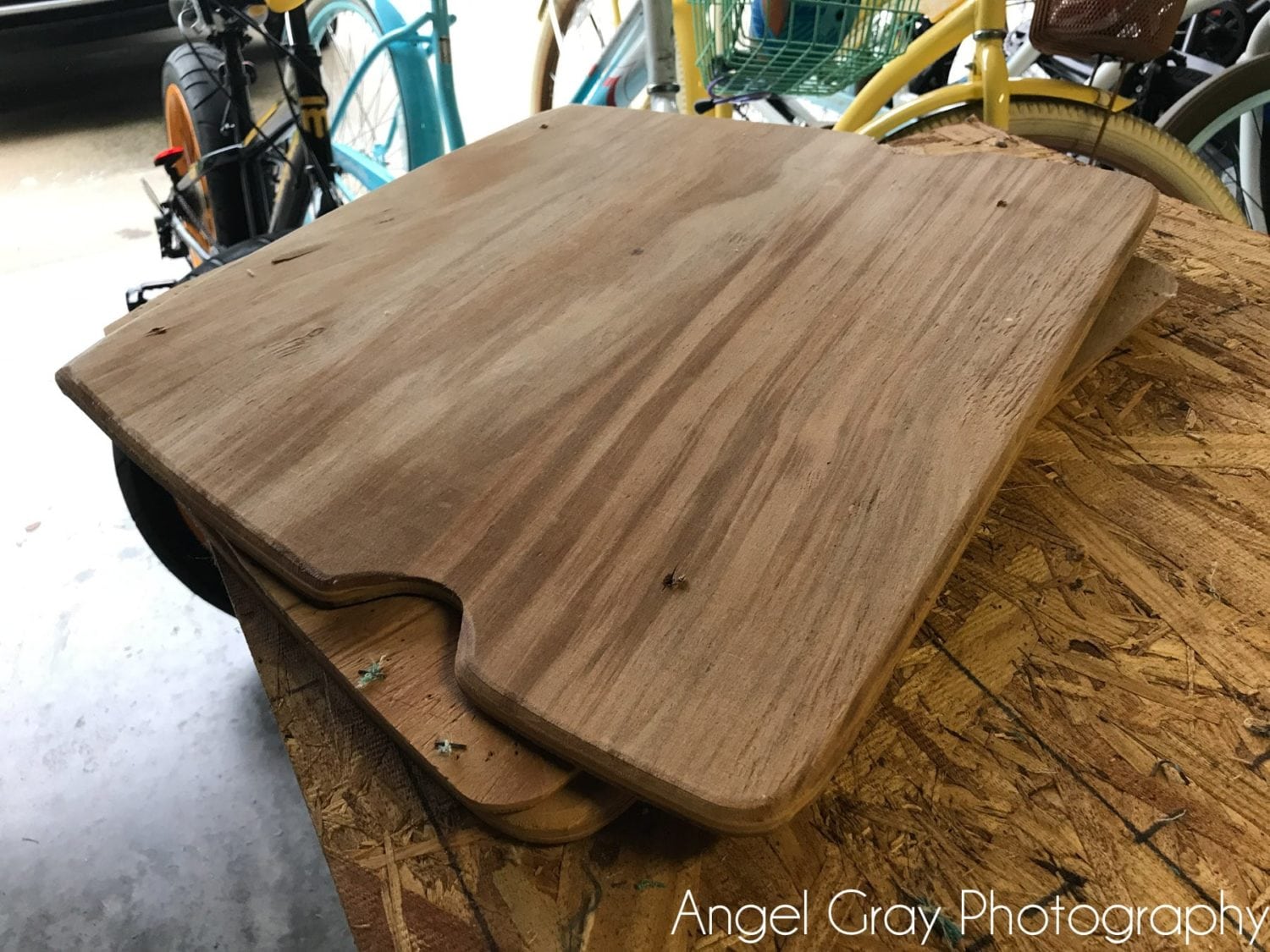 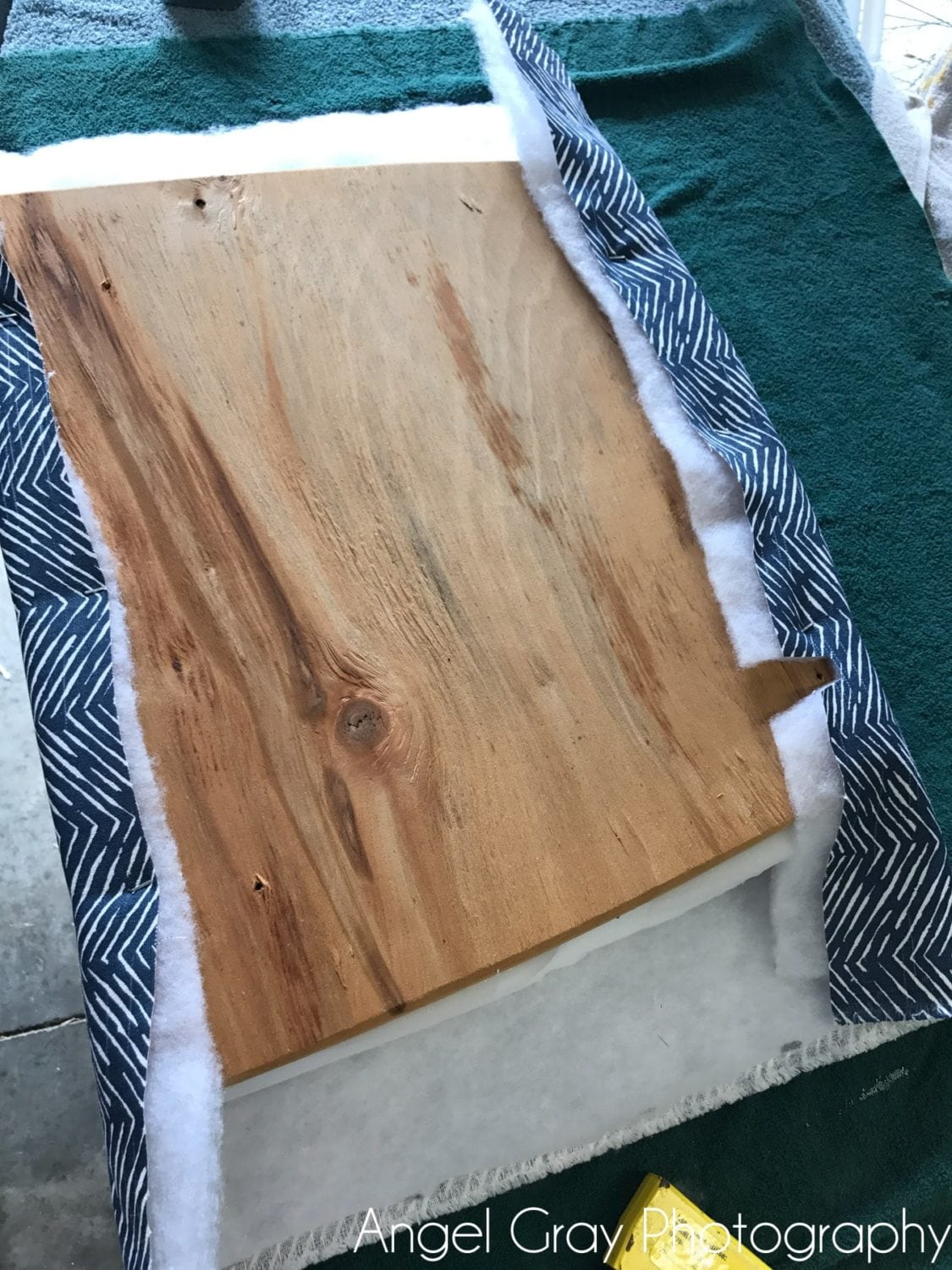