Two weeks ago today our dog Lucy passed away. I thought about posting something to Facebook, but couldn’t really bring myself to sum up her life into a social media update. But I do have quite a few friends I know loved Lucy too, so I wanted to let them know somehow… I decided posting a tribute here would be ideal. Since all of my photos of Lucy as a puppy are on film it would force me to memorialize her digitally and always have this post to look back on. (I didn’t scan those old prints in properly, but I took some digital snapshots and I’m thinking that’s going to be good for me.)

When I brought Lucy home from work in a cardboard box, it was my first “official” job after college and I was 21. Someone had brought in a whole litter of puppies that needed a home so naturally I took two. After a couple days of craziness and putting some thought into the fact that my studio apartment (over a storefront in downtown St. Augustine) did not allow pets… I decided keeping both pups was probably not the best idea after all. I found the other a home and Lucy and I started life together in that little apartment. I couldn’t keep her in the crate at night because she would cry, so instead of letting her run around peeing all over the apartment, I kept her in bed with me. This way I would know when she woke up and needed to go out – no surprises. It didn’t take long before my landlord gave me a weeks notice to hit the road if I was keeping my dog – but by then the decision was quite easy. I moved in with some roommates at that point and I would venture to say Lucy won over every heart in that house. There were several… We lived there with my friends, some who were still finishing school at Flagler, until Dana and I got married the summer of 2000. Lucy ran through the house with bright green paint on her toes (what happens when art majors leave supplies out,) ate the entire dish of a roommates much bigger dog’s food until her tummy grew by five sizes, slept in just about everyone’s bed and survived with me a very scary dog chase through our  sketchy neighborhood. She won “most improved” at puppy school, loved the dog park and hanging out at the beach but forget the water – she HATED the water! This led to many years of very interesting bath times.

All my friends and family loved Lucy. That’s how I knew she was really special. After Dana and I were married Lucy was ours. She loved Dana like crazy and had no problem making herself comfortable wherever she could get the closest to him. She could jump super high for whatever she wanted to grab and ran laps through our apartment like she was in a race. She loved to lick your face and sometimes got your mouth before you could stop her. ew! We gave her a first birthday party with all her dog friends at our house just two months after our wedding. (That was a little nuts.) She never stopped sleeping in the bed but now that she was bigger she liked to sleep properly: under the covers, head on the pillow. We moved to Orlando for a few years and she kept a lot of happiness in our life through some tough times. Sadly she was bit by a weimaraner while Dana walked her off the leash one day at our apartment complex there. I thought I would die when I came home from a trip and saw her bandaged. She was always so good off the leash but we never did that again until we had our own yard. She was also never quite the same again at the dog park.

We moved to Clearwater after that and started our family. When Logan came along, Lucy was 4 years old. She and Logan still had more of a bond all these years later than Mary or Davis. Overall our amazing Lucy really just wasn’t that into the kids. You could see she cared for them but she wasn’t looking to spend her days playing with them. A whirlwind of raising babies later, a couple moves and a couple job changes, we were living in Melbourne and now had 3 children – our youngest Davis being 3 years old.  Lucy was definitely not getting the attention she deserved as we were just trying to keep heads above water with the kids, 2 businesses and life in general. Although she was almost 11 years old, she still showed no signs of age. She had just FINALLY calmed down a little! Lucy loved being at my parents house when we traveled and often her stay there would become “extended.” She eventually moved in with them permanently and my parents loved her, nurtured her and completely spoiled her for her last four years. Thankfully, just around the corner from our house. It wasn’t until the last year that Lucy started walking with a limp and some cancer was found in one of her front legs. We prayed and prayed for her to pass at home, peacefully without pain, and the Lord provided. The last pictures of Lucy being held by my dad below, and lounging in the grass, were taken just hours before she died. I know she has left a very painful space in the hearts of my parents and in their home. I can’t thank them enough for loving her how they did.

We miss Lucy but we are thankful for her life of over 15 years. She followed me through my entire adulthood until now, from my first job, engagement and marriage, three children and several homes. She lived happy and healthy nearly all that time and gave us all so much happiness too. I have to believe that our pets go to heaven and so I imagine Lucy racing and jumping again, licking the faces of her beloved grandparents, Pop Pop and Mom-mom-York. 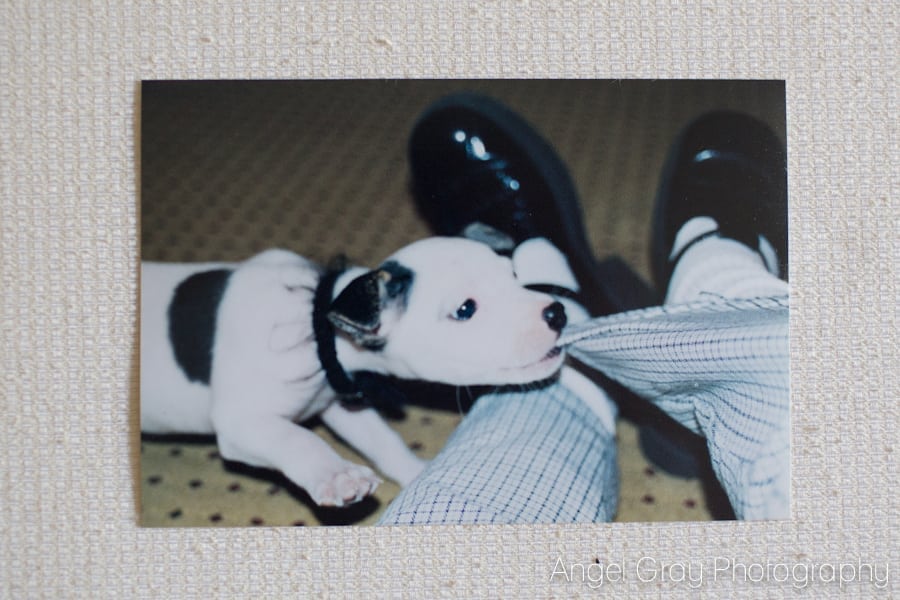 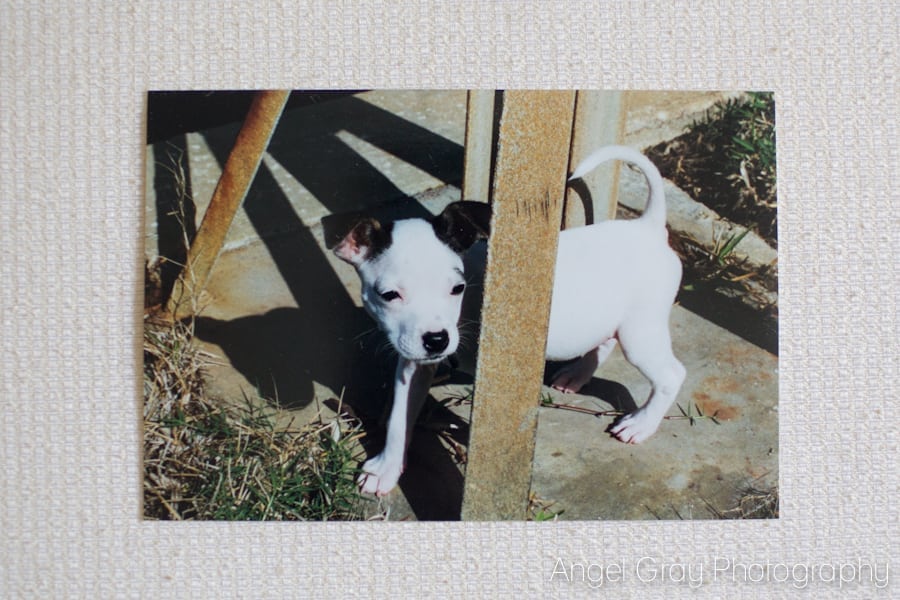 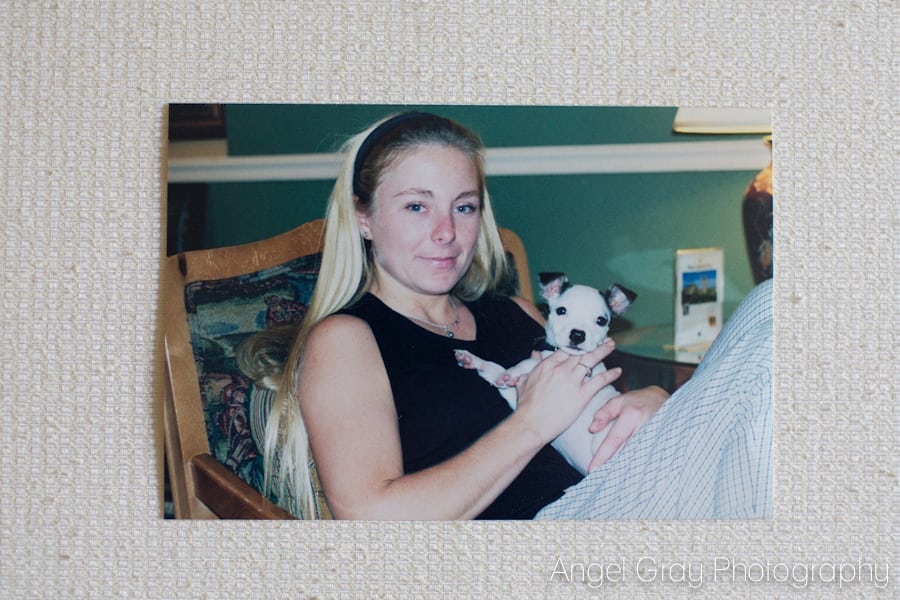 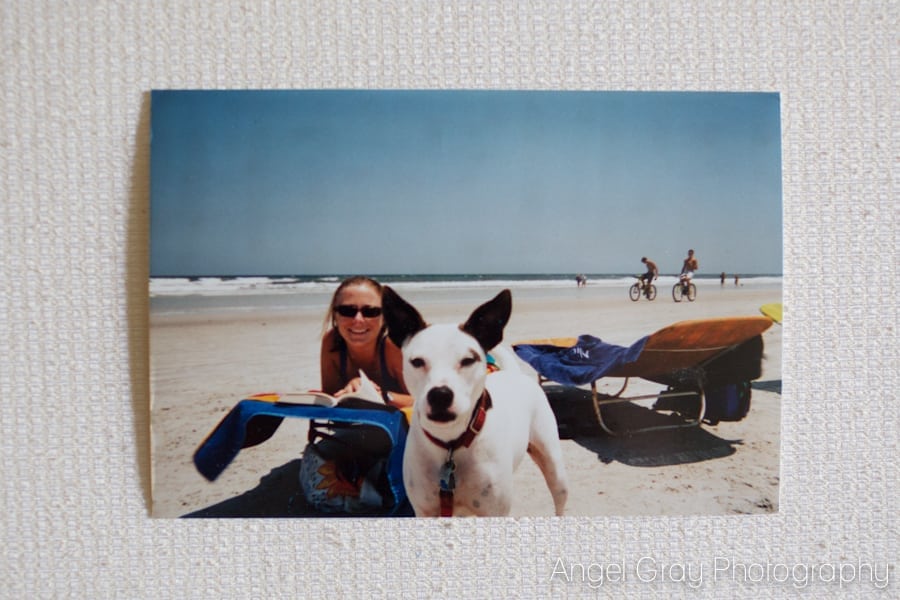 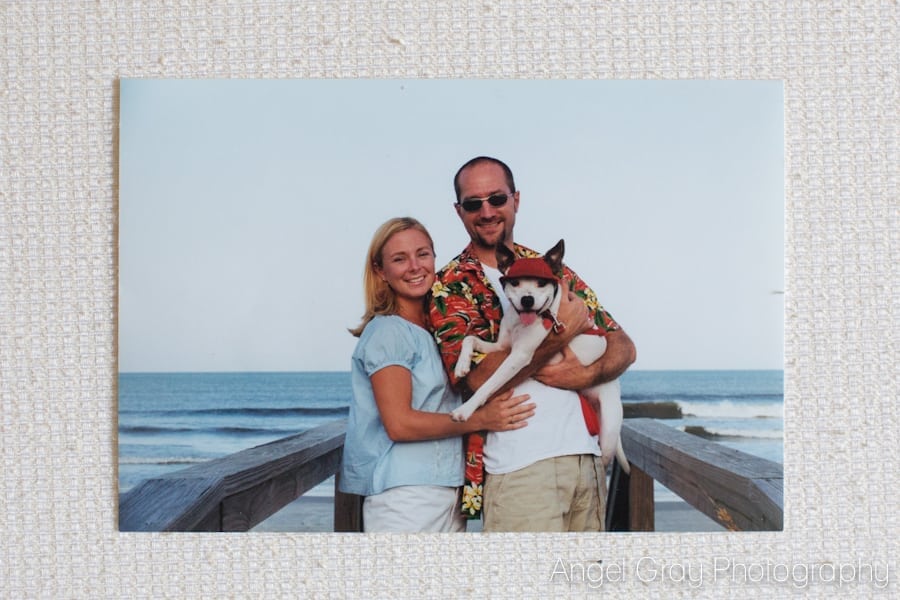 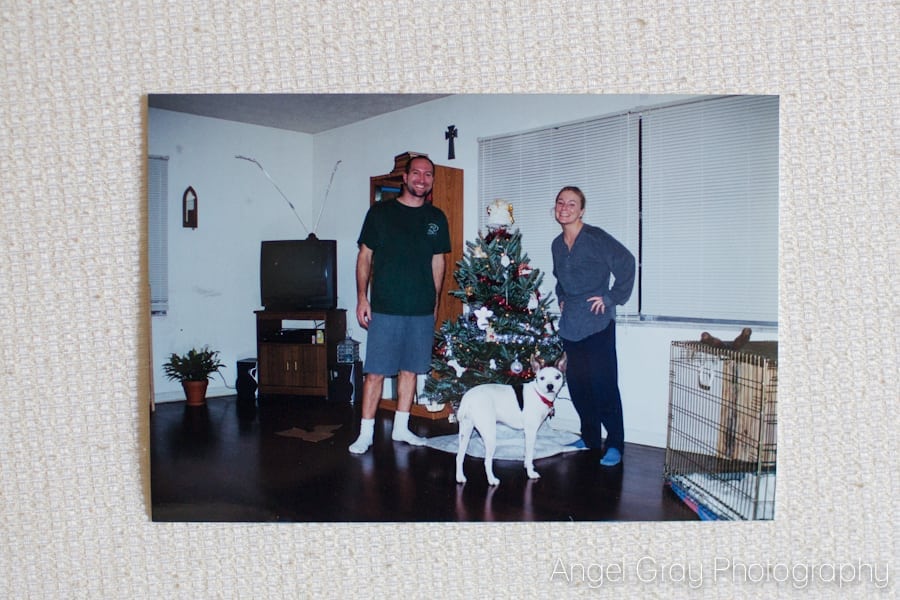 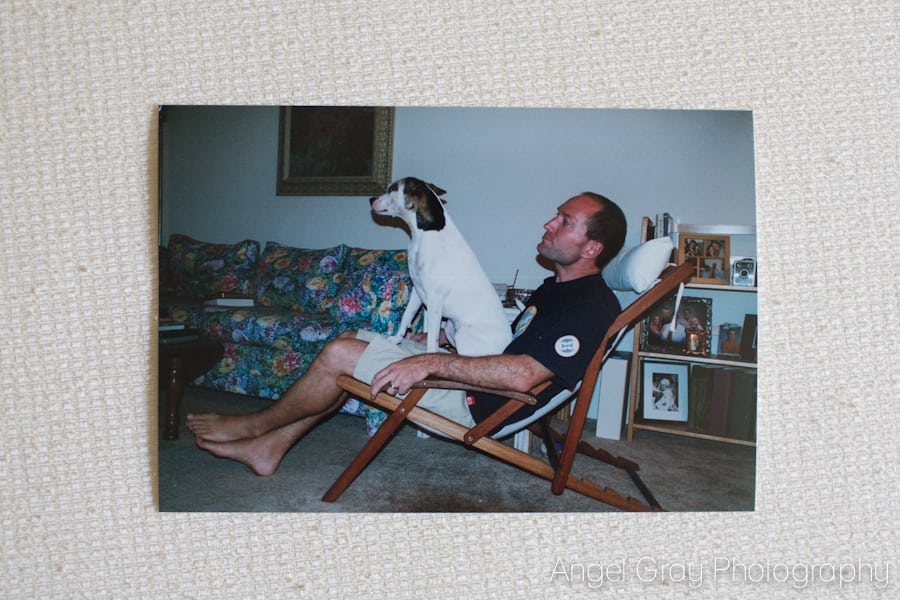 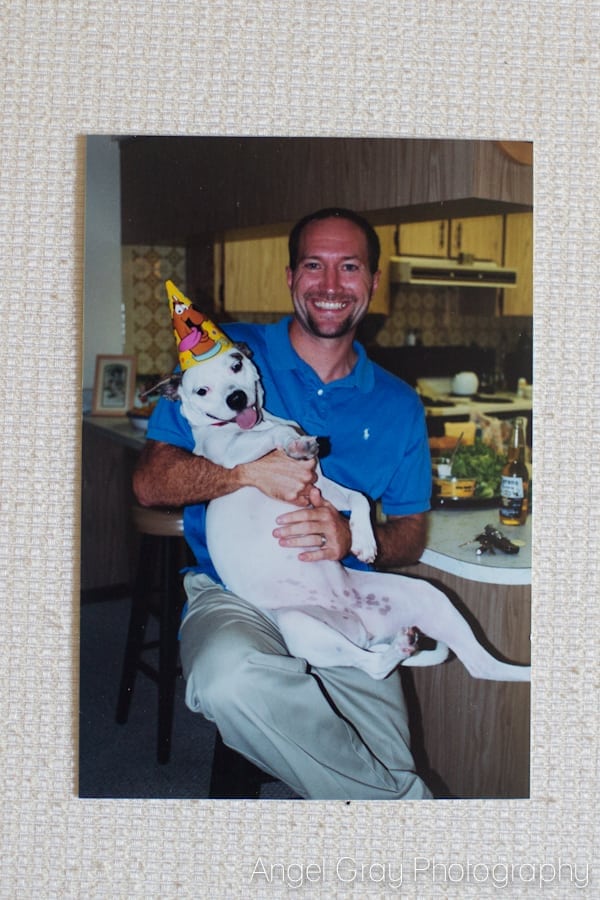 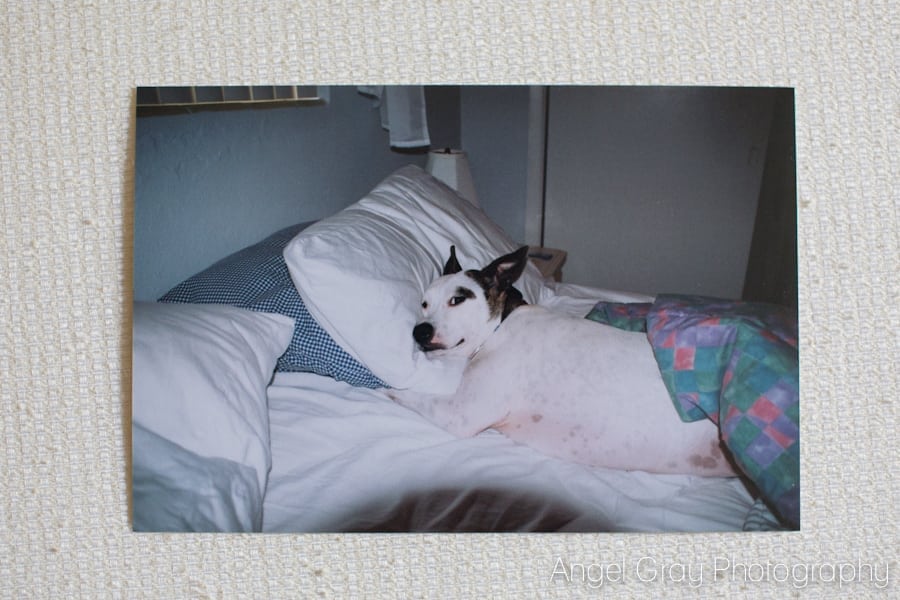 Lucy and newborn Logan sharing nap space… yes we had a floral couch. 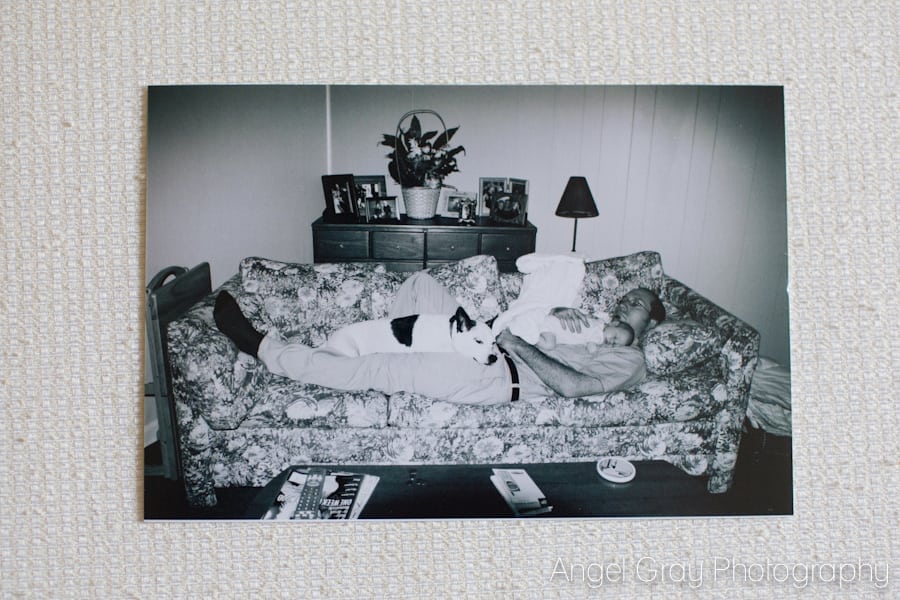 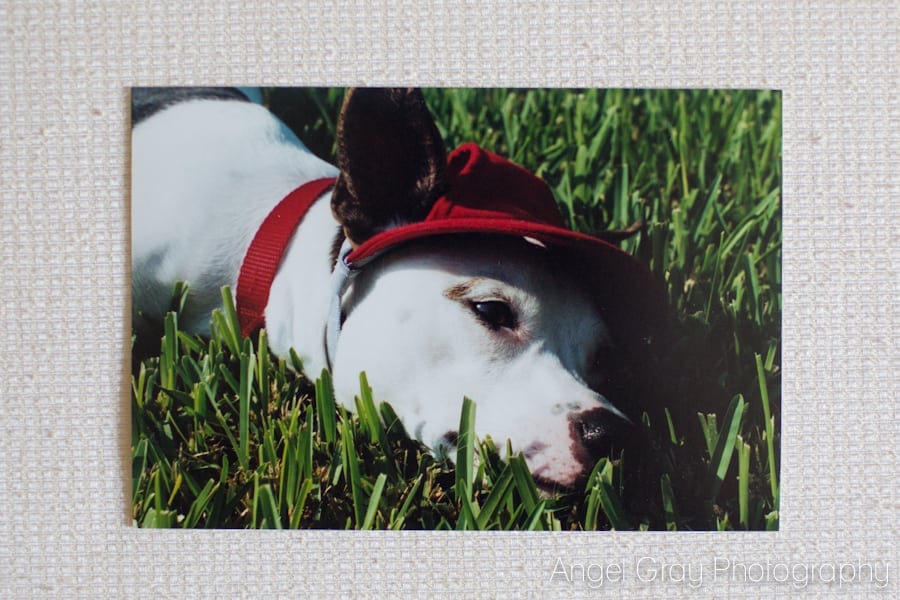 These jump ahead here to more recent times, Lucy at our house now and at my parents house… 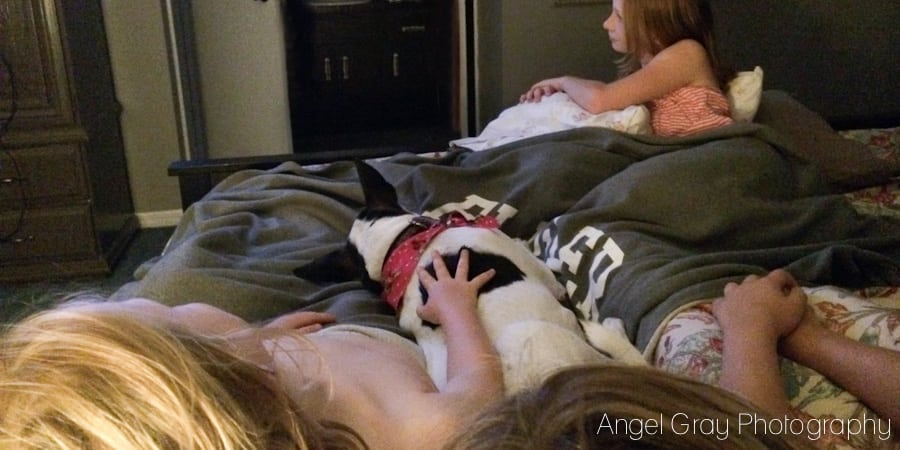 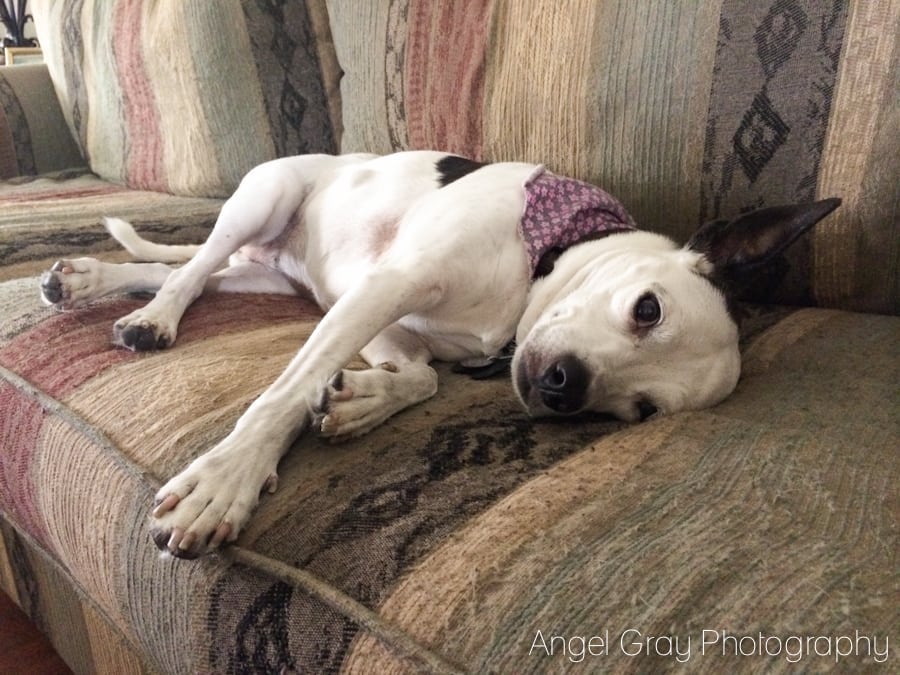 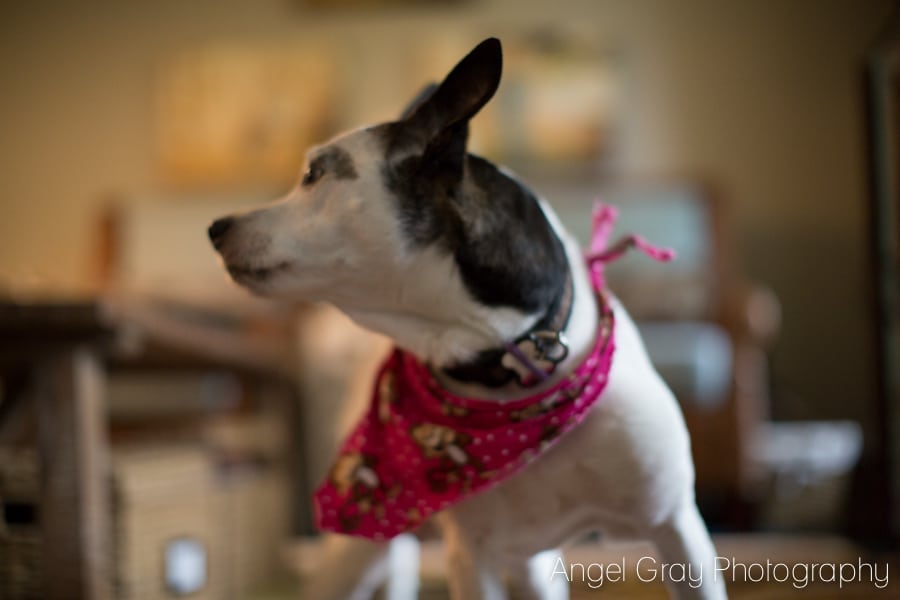 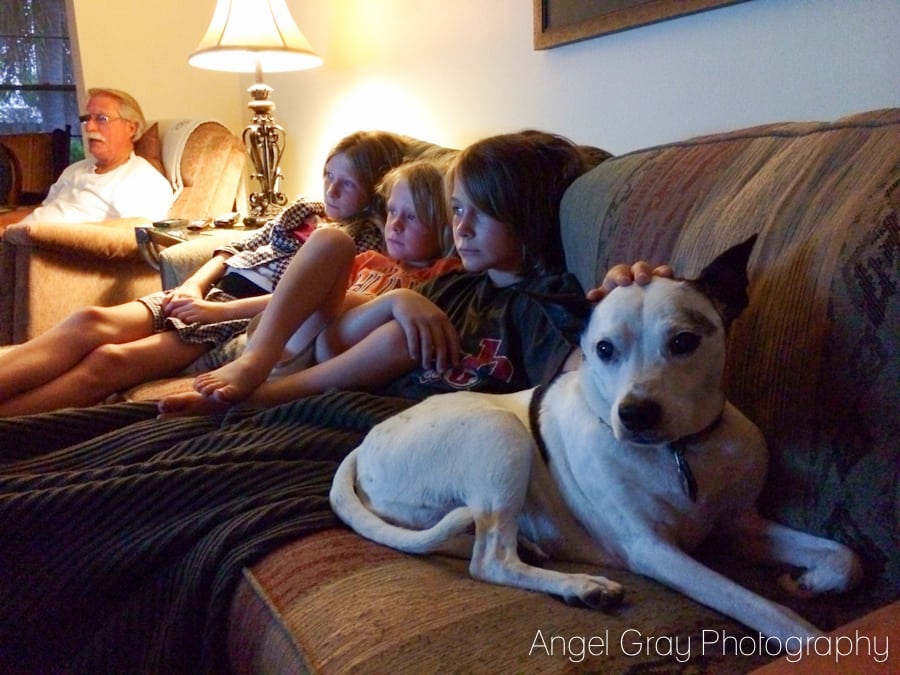 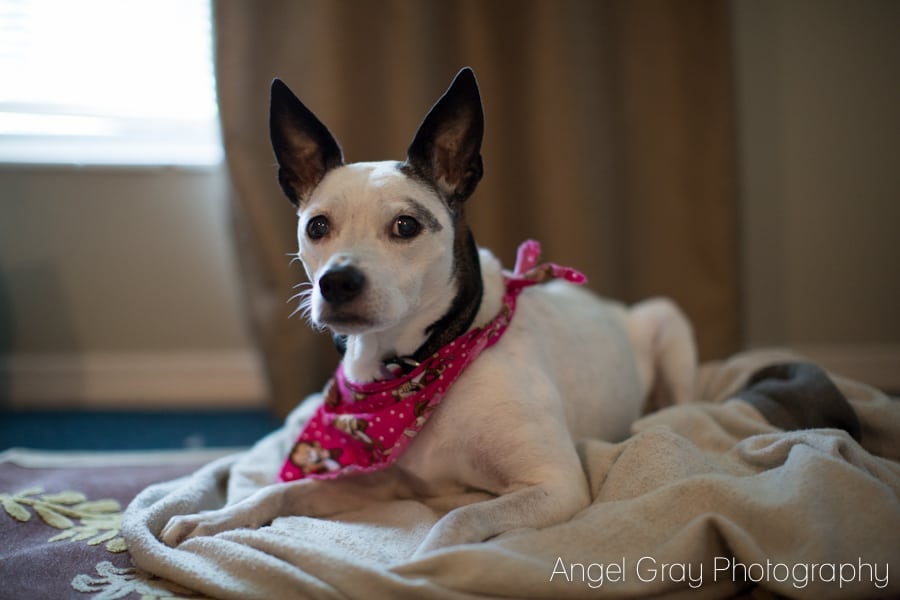 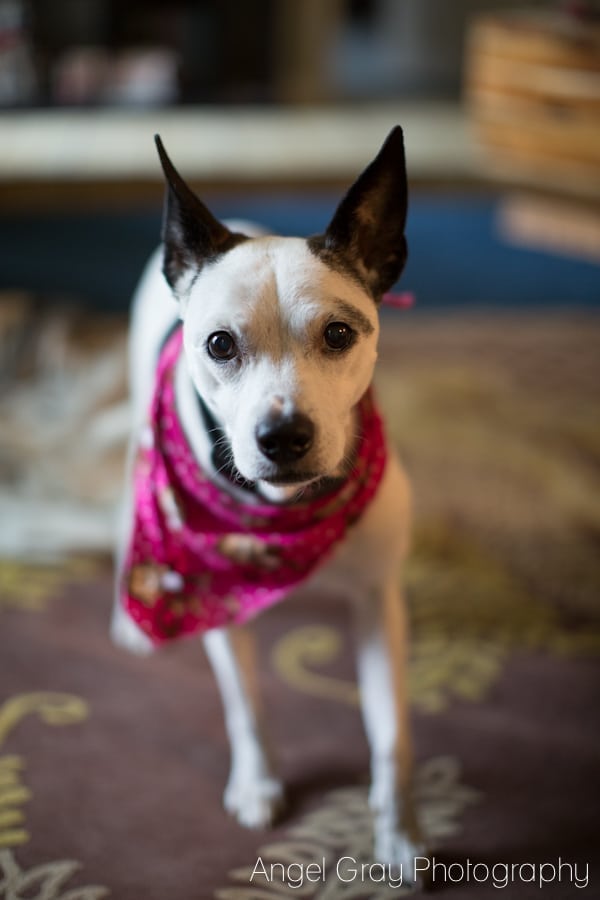 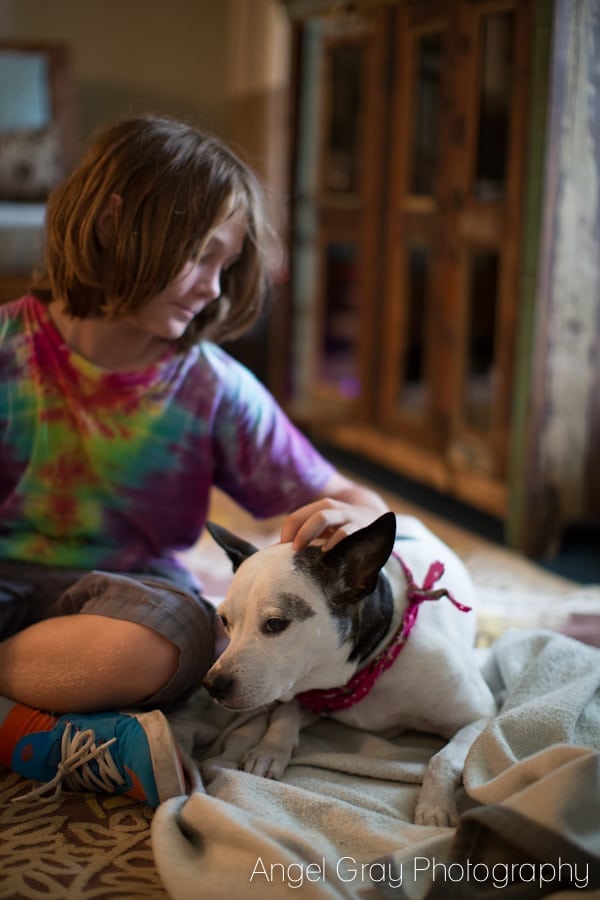 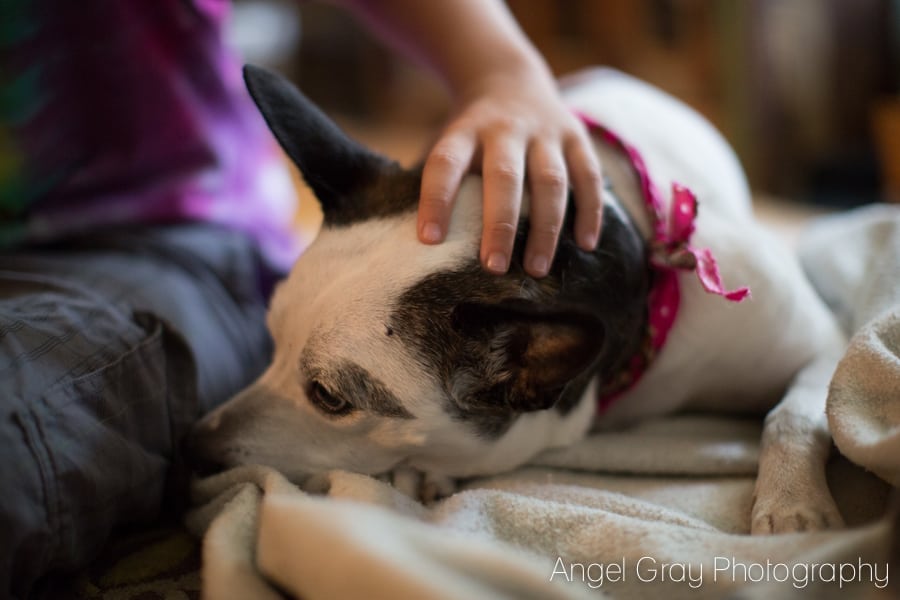 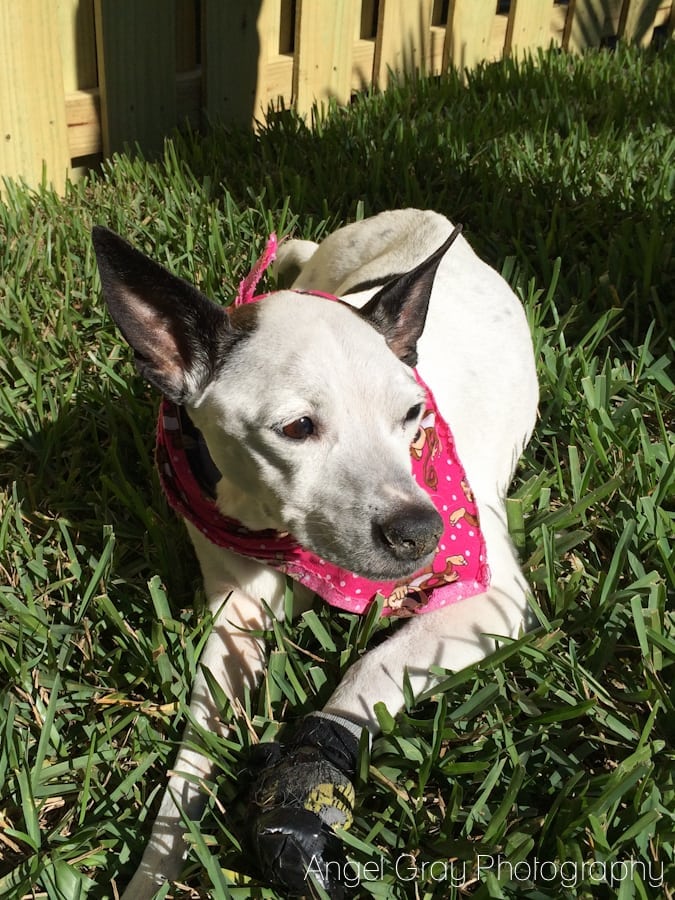 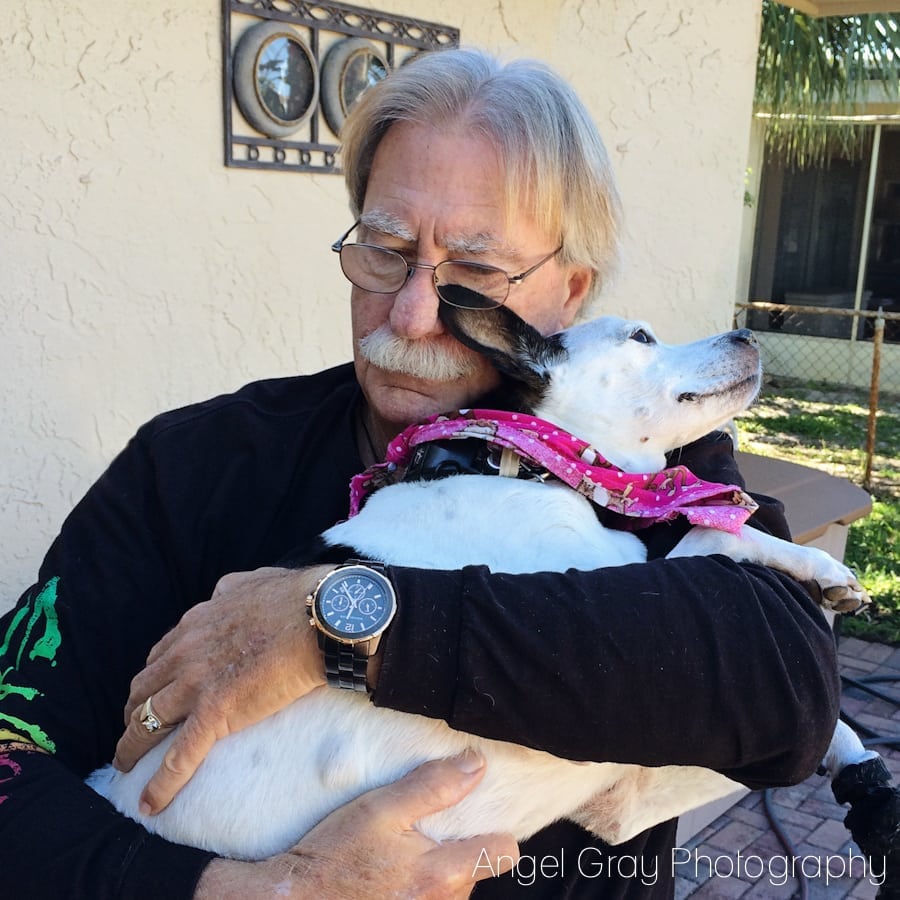 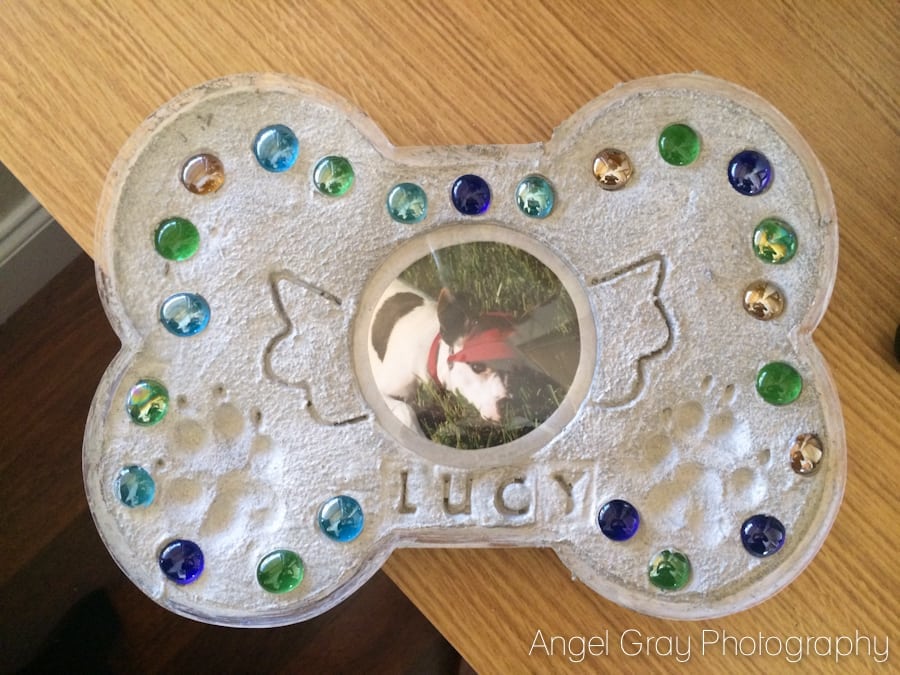 Lucy was the best dog ever.