I hope everyone is having a fantastic weekend! I love how even though we’ve had quite a bit of storm activity here it has mostly occurred at night giving us a few beautiful outside hours each day.  I’ve had the weekend off shooting so I’ve enjoyed some family time during the day, saving editing for client galleries and orders till night time after the kids fall asleep on the couch watching House Hunters with me – why is that show so addicting?? I love when they choose the place and my four-year-old shouts “KNEWWWW IT!!!”

We had baseball game plus elementary school festival on Saturday (and pedi for me afterward) and today we took a bike ride to the beach then the kids went swimming after we got home. I don’t get in the pool until its 90 degrees outside, but I’m a huge fan of the adirondack chair and a magazine.  My engagement shoot with John and Kelly was cancelled for this evening due to the high winds (boo) but I’m taking the opportunity for a date with my oldest boy.  The kids get a date with mom/dad as a reward for various things so Logan and I have been planning ours since he brought home his most recent awesome report card (evidence he inherited his mother’s intellect right?)  We were supposed to go roller skating but he changed his mind once the Chimpanzee movie was released so we’re doing that instead.  At the risk of sounding like a total jerk, I’m not a huge animal fan. You won’t find me scooping up insects and placing them lovingly outside (I prefer the screaming and stomping method, although lizards don’t bother me at all and yes I realize they are not insects and that insects aren’t exactly the same as animals, but to be fair I also don’t feed stray cats or even look in the direction of stray cats.) ALL THIS TO SAY, phew, that I love the Disney nature movies! African Cats was amazing last year! Also, I love run on sentences.

Today, before I’m off to Chimpanzee, I get to share Ethan with you. Once in a while I have a client come to me after the newborn phase but still during the early part of the first year. I usually recommend waiting until 4mths but Ethan was already holding his head up like a champ so we met in the studio for a 3 month session, the first of his baby plan.

His mom brought along a few of her hats and an Easter costume.  Ethan was really very strong for his age and obviously quite alert, although he did get sleepy toward the end! 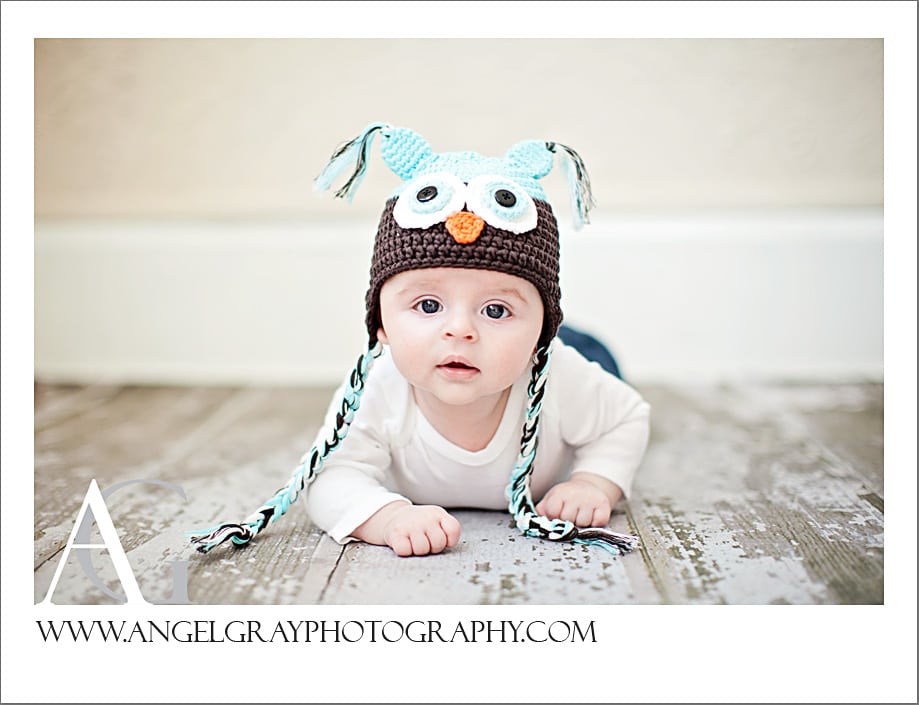 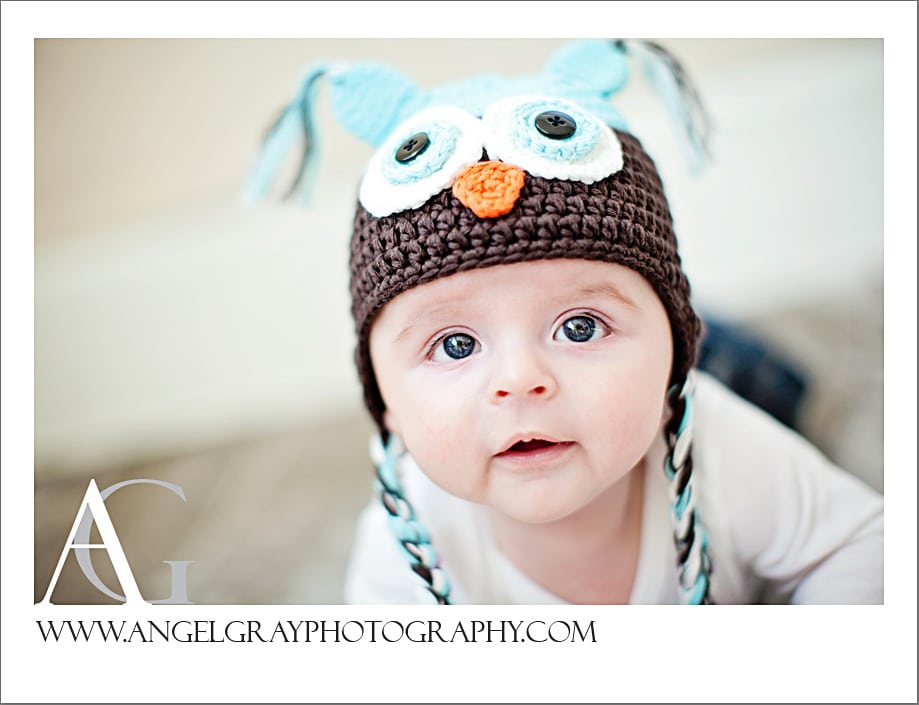 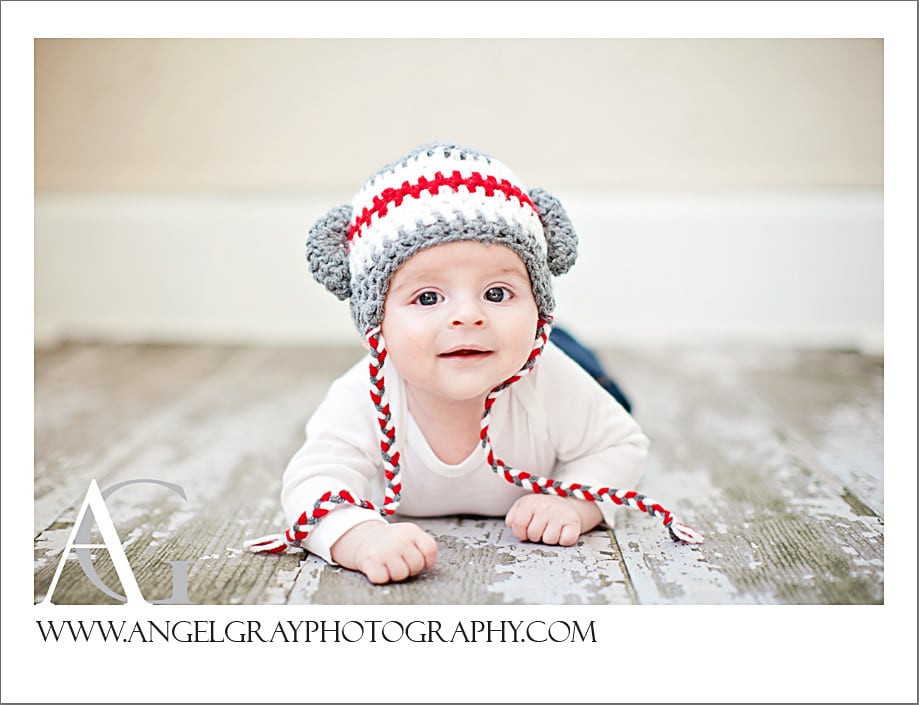 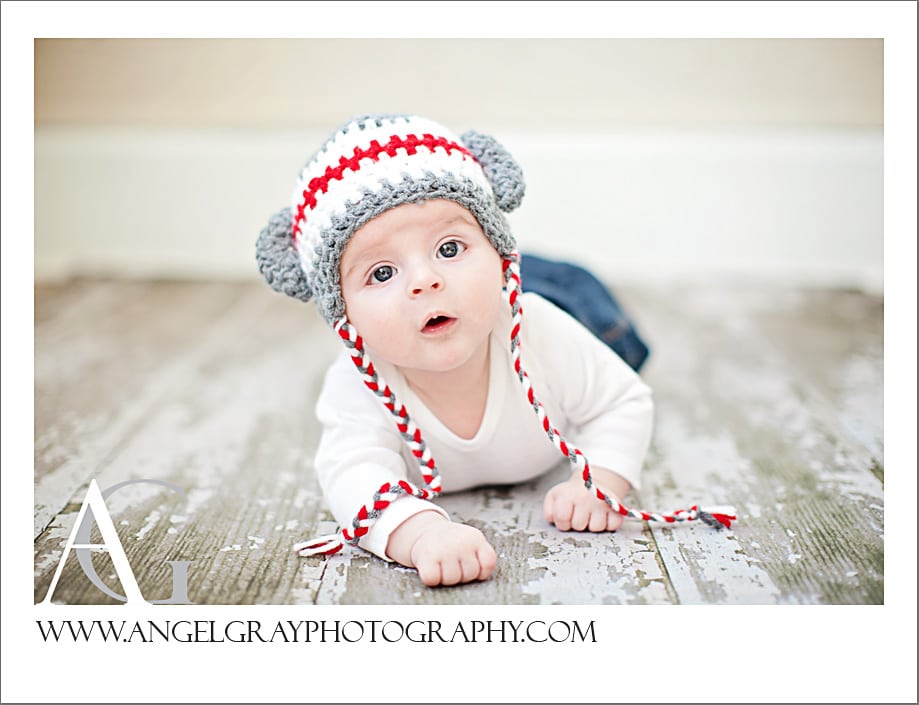 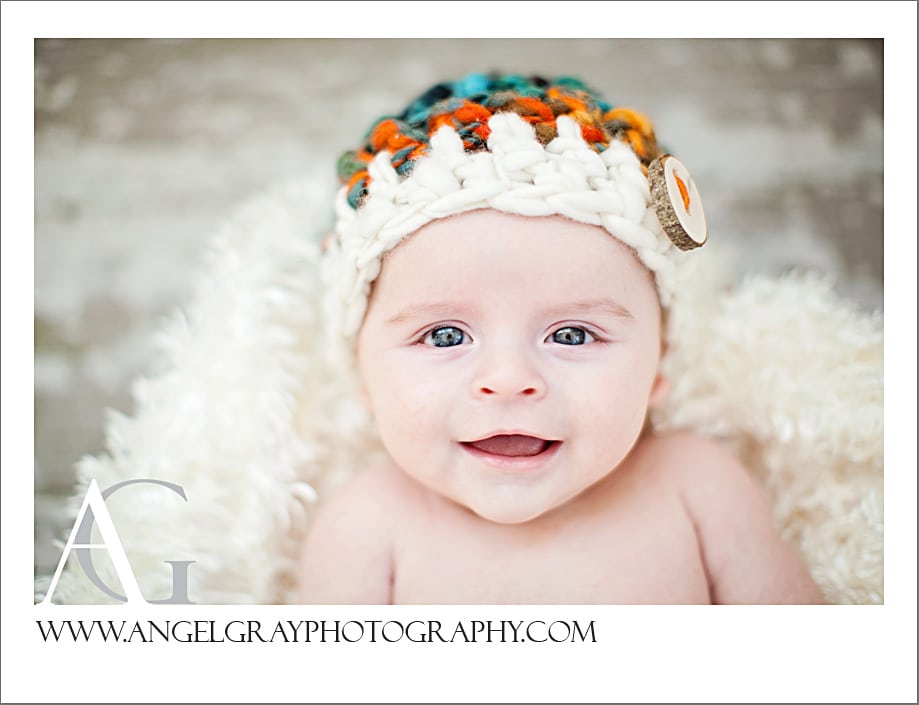 I love this one above! This hat is from Tanya’s Tangles. 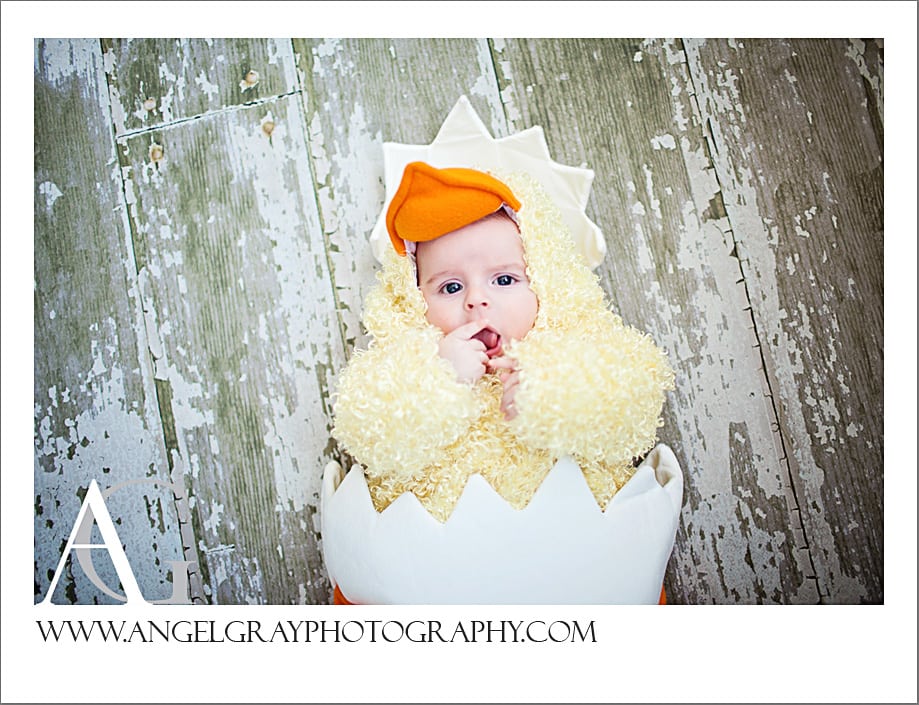 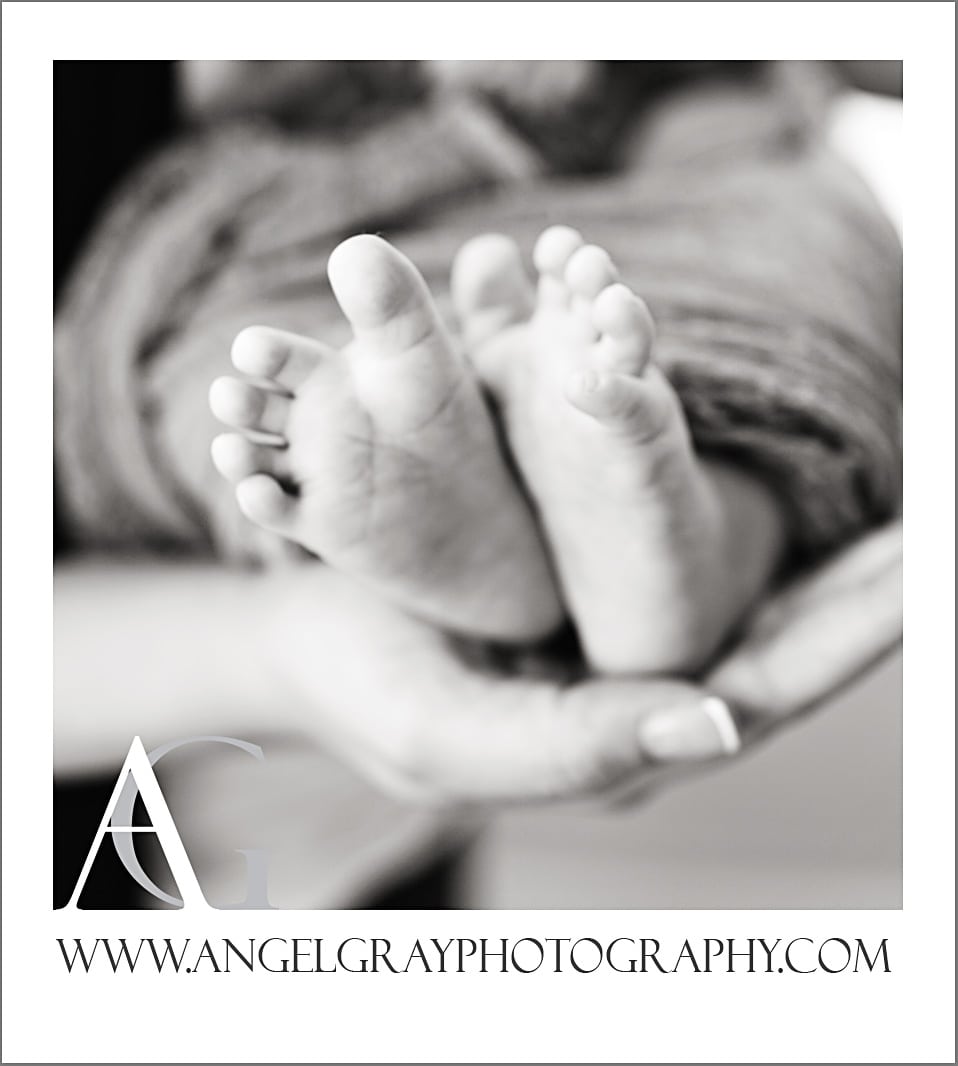 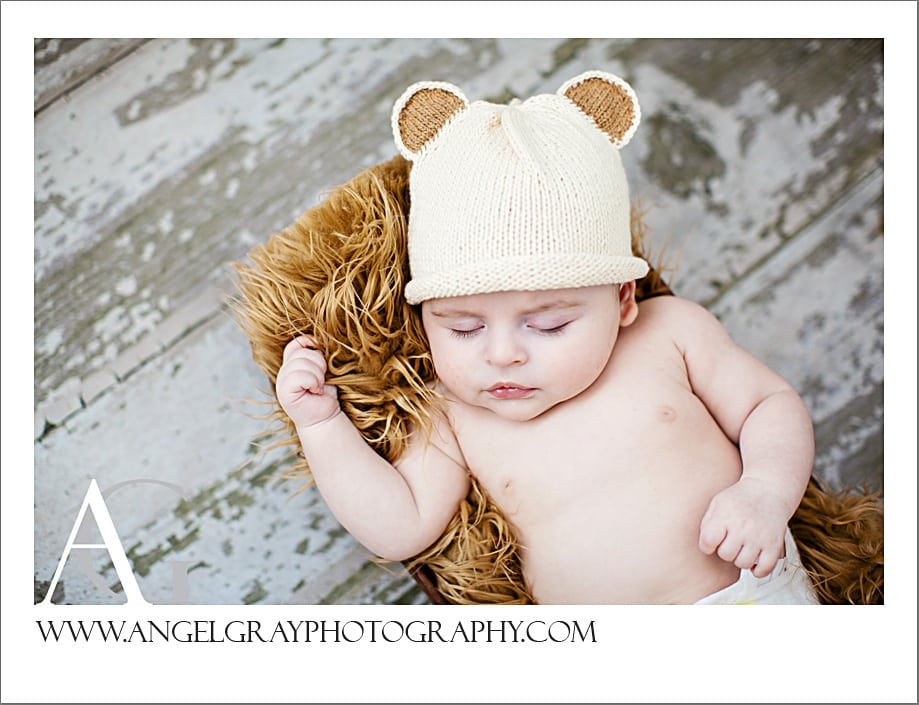 Thanks for stopping by and stay tuned later this week – I have a maternity, wedding and 8month old session to share!